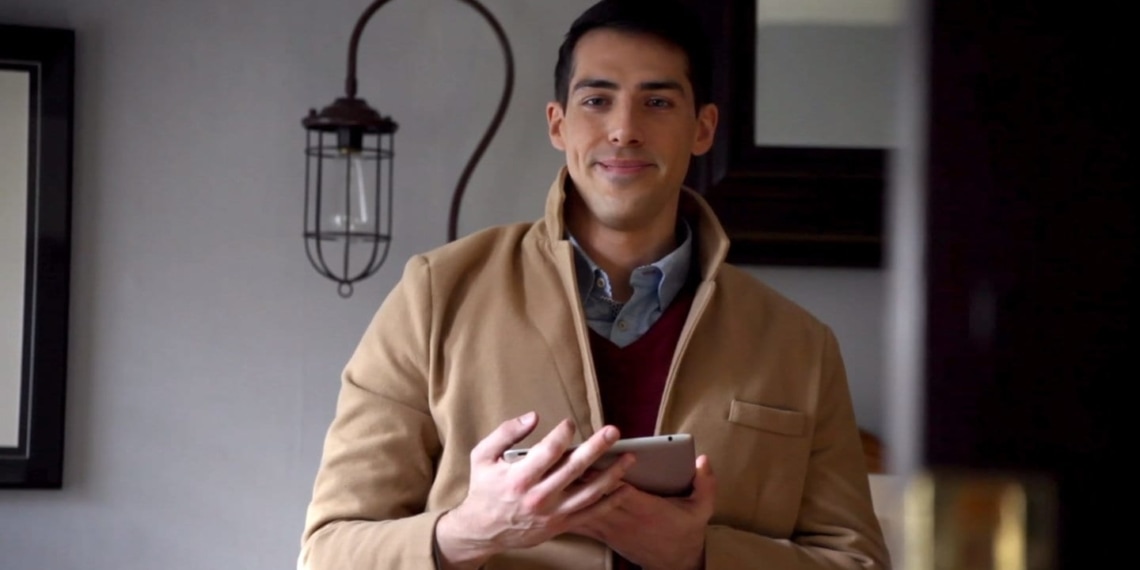 Christopher Logan’s Thoughts and Prayers critiques the performative empathy that floods social media during and after crises, especially by the ones in power, to make up for and cover up a lack of concrete action.

Logan does this by centering his film on an individual level. Instead of lawmakers, leaders, and celebrities, the focus is instead on a father (Andrea Rosolia) of a little girl, who encounters grace, forgiveness, as well as anger on an everyday trip to the grocery store. All of which he responds to with eager loquaciousness, expressed with presumably the react buttons on social media; either way, his tab is put to use, and often.

This joyous, virtual empathy is then put to the test where it inevitably fails: thoughts and prayers do not solve crises nor reverse injustices. Rosolia’s fixed, blazing grin is crucial in driving home the film’s point, but one could arguably do without the last jarring scream. His daughter, although she features in a blink-and-you-miss-it moment in the film, is the key to the climax. Her additional stills (photographer Luka Cyprian) offer the haunting impact that is missing in the film otherwise.

With Thoughts and Prayers, although Logan had the scope to delve into the topic with more seriousness, the comedic approach is an interesting take, notwithstanding the film’s bare bones content. Still, it is not everyday you see a social media name calling match visualised.