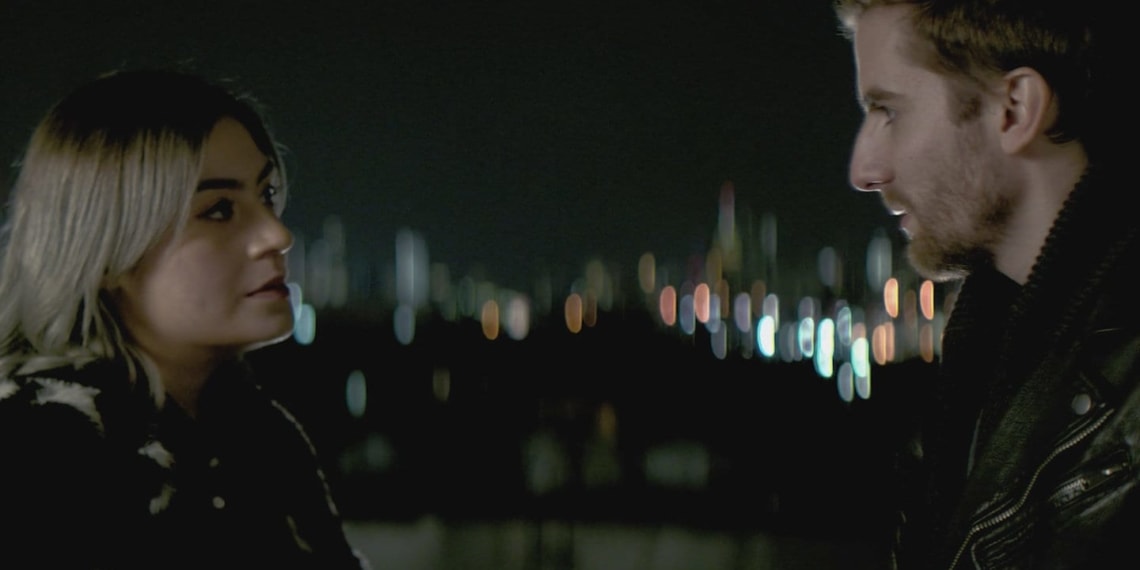 For the Benefit of Mr. Winston explores the artist’s block and inspiration through the metaphor of an imagined muse. The eponymous Mr. Winston, a songwriter experiencing a bleak creative funk while keenly aware of the world and his friends watching him, chooses over and over to stick with the comfortable and the popular, until a man visits him without warning one day.

Three weeks later, Mr. Winston, better known as Jesse, has taken a turn for the strange. He talks to himself, is late to rehearsals, but is not, as we see, unhappy anymore. Directors André Vauthey and Matthew Gerrish (Gerrish stars as Jesse) have put a spin on the absent-minded artist: he’s not necessarily old or shabby, nor does he have to be an unquestioned genius.

A spat with his girlfriend/band manager Amy (Harley Cabrera) spurs Jesse to show his new music to the band, something he had been unable to do so far, signalling both personal and artistic progress. For a film that is over nineteen minutes long, For the Benefit of Mr. Winston could have done with a more incisive treatment. Jesse’s experience of finally having found inspiration is merely summed up in his two performances, much more than it is explored in the few intimate glimpses the audience is allowed. The film’s score (also by Gerrish) accomplishes its designated task, but is great in its own right. Cabrera as Amy pulls in a grounding performance, displaying a lived-in comfort and familiarity with her character. Her equation with Gerrish’s character offers insight into their relationship, history, and allows Gerrish to express vulnerability.

Its revision of a trope makes For the Benefit of Mr. Winston an interesting work, but the particulars of that revision, while not fully realised, is surprisingly important in understanding artists as regular people, and regular people as every bit as complex as the geniuses.

Watch For the Benefit of Mr. Winston Short Film