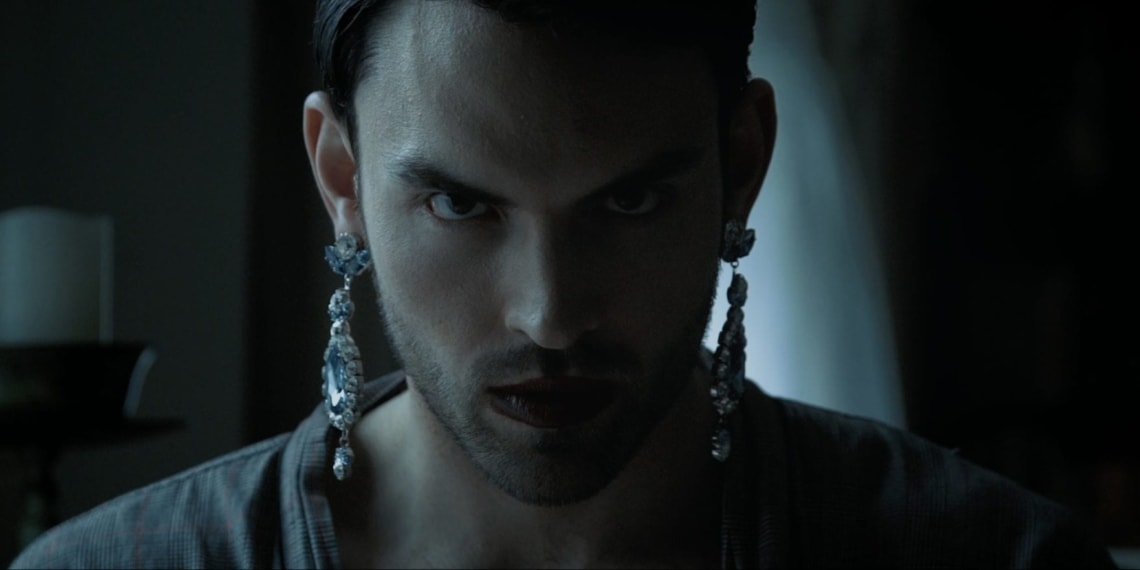 The opening music of His Hands belies its dark complexity. What begins as energetic experiences a tonal shift into tense swirls of mystery. Writer-director duo Arron Blake and Darius Shu’s intentions with the film is, to speak broadly, to create tingling horror and morbid fascination.

On first viewing, more than that can be hard to grasp. To the credit of His Hands, it is a dense work, that may or may not open itself easily to conclusive scrutiny. The finest and most prominent element is its cinematography. Its blue-grey colour scheme with undertones of green, its immaculate lighting that creates softly lit subjects and deep shadows, its tight framing have a claustrophobic effect, but one the viewer is undeniably willing to experience. This gets at the film’s sadomasochistic theme. Two men appearing to be different from each other have a mutual experience that is not altogether pleasant but utterly thrilling and erotic.

In its opening sequences, His Hands lets its audience believe they can guess what is about to unfold. An aged man (Philip Brisebois) calls a number, gazes absentmindedly at a book as though waiting for something, and a sprightly young man (played by Blake) peers into a building as though a spectator looking in at an exhibit. Shu, as DP, flips this perception and suddenly the young man is the exhibit, without having changed position.

The two meet, finally. Their chemistry is of a charged, corrosive kind. By this point, music, editing, and camerawork have formed an air of quivering tension. Both characters carry a reptilian sway to their movements, and even their expressions. But while Blake’s character is sleek, Brisebois’ old man is an ancient, almost mythical creature – at once pitiful and formidable.

In the absence of dialogue, the film’s craft uses conventional story structure to establish character and build up to a release that explains little but conveys everything with emotive imagery. The joy is in the unnerving details of a turbulent silence.

Watch His Hands on Amazon Prime