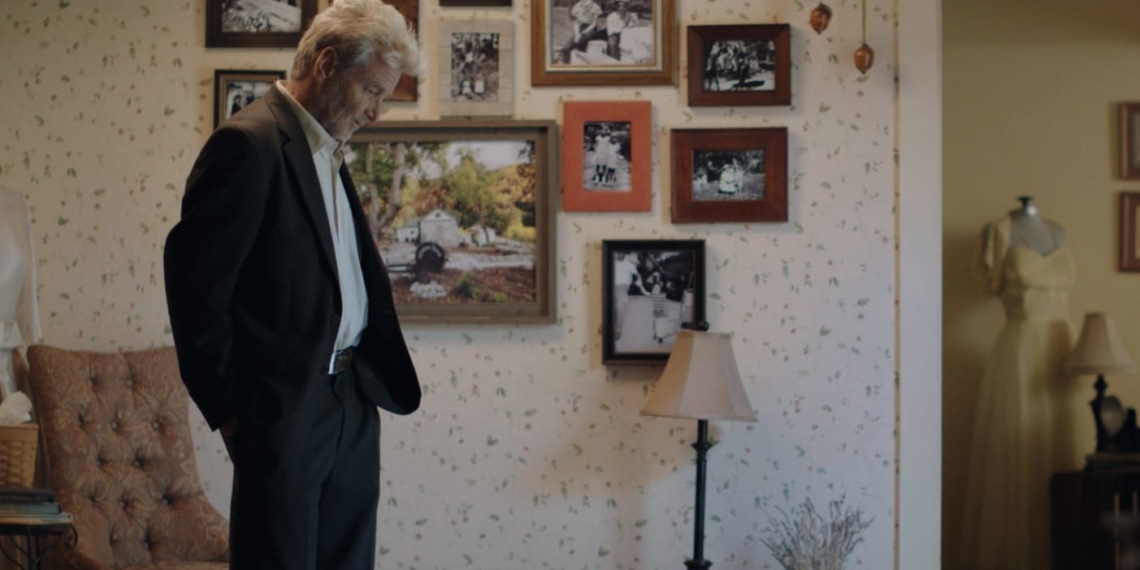 Parents grow up too. It only takes a glance, sometimes a few tears, at worst a tragedy, but certainly it’s not just the children who grow up. In writer-director Maria De Sanctis’s 18:06-minute film, Father By Law, it is the daughter’s wedding that sets the stage for this: the familial reconciliation that comes expectedly, but with equally measured wrenching moments.

Liz (Annie Clark) is getting married. Her fiancé Eddie (Mike Bash) is as supportive of her as he is of the rest of her family, which largely makes up for an absentee father, played by Dale (William Russ). His character which is established right from the opening scene, remains the moving force of this narrative. Russ, who not only carries the haggard, insufferable demeanour of an absent-minded parent, also brings forth the compelling force needed for the story to drive forward. It is through his eyes that we understand the family, its dynamics and the inevitable cracks it tries to cover.

Written by De Sanctis and Geoff McFarlane, Father By Law has a strong screenplay to fall back on. It is both moving and painful to watch. Clark whose eyes emote the resentment and bitterness of a childhood lost is a delight to watch. Her covert glances, at times open rebel, is only matched with Russ’s deceptively nonchalant conduct. That the father and daughter have a tough relationship is known from the first scene they have together, a scrambling entry into the wedding venue – and an hour late, at that. De Sanctis makes it hard to love Dale, but easy to understand him. The acrimonious relationship he has shared with his wife, Helen (Antonia Jones), the impatience and misplaced sense of entitlement he exhibits towards her current husband, Steve (Andrew Hamrick) does little to make him lovable. But, to everyone’s credit, he redeems himself in the final minutes of the film.

As Spencer Creaghan’s music lingers on, we see the father-daughter exchange one final glance, a silent acknowledgment to let the past remain where it belongs. It is a moving scene and yet a standstill moment captured of a family, of its relationships, with all its frailties and triumphs. A wedding might hardly seem the right place for this to happen, but as in reality, it often is the venue for such things to happen.

Making Father By Law believable wouldn’t have been hard at all. With stellar acting and neat editing, and cinematographer Anthony Mangini’s camera following the characters like the lens of Dale would, we see the acidity, the resignation, and finally the defeat; that none can escape from the wounds left by the shards of their own families.

#ShortFilmReview: Father By Law: It took only one look at his daughter, for him to grow up. Click To Tweet