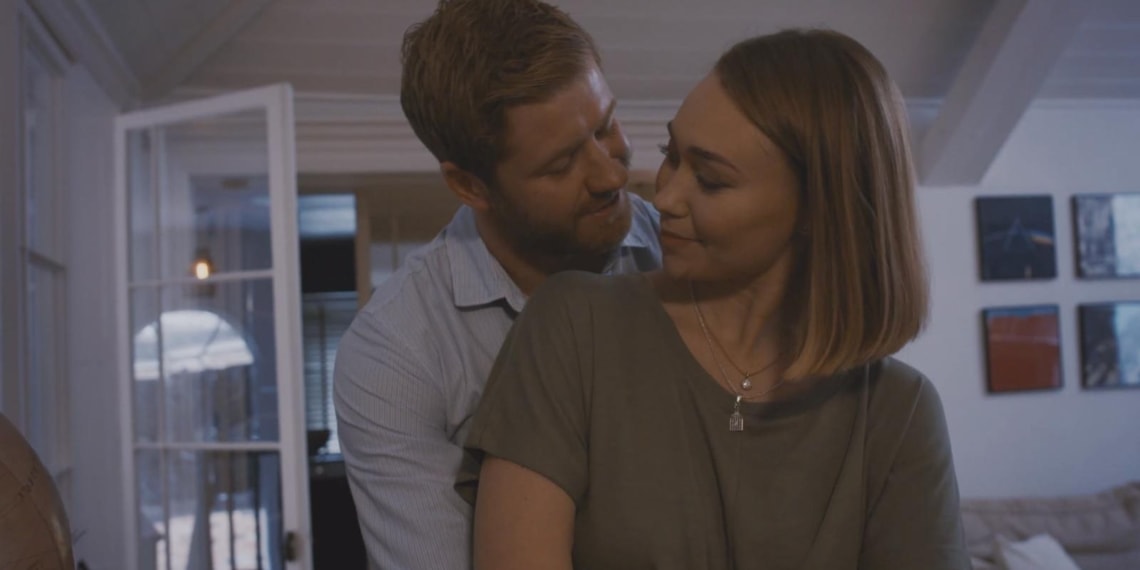 Virginia is everybody’s yes-man. She says yes to everyone, no matter what they wish. Because Virginia has the gift to grant wishes. Harvey Puttock explores a complex psyche, the bane of boons, and a most unmagical set of circumstances through his 9-minute Yes, Virginia.

Virginia, played by Amy Whitworth, appears on TV at the peak of her wish granter fame before abruptly disappearing from the public eye. On TV, she is the epitome of the”sweet girl”: shy, amicable and a certain lack of agency, which is an irony in a woman known for her ability to make anything happen. She grants a blind woman’s wish for sight. Lo and behold, Deborah can see colours for the first time in her entire life. This whole thing is done in an inconsequential, everyday manner. The interview ends in a soppy avowal of love from Virginia to her boyfriend, Nick (Tom Patient), which might feel like a good time to maybe move on to a different film but this is a deliberate, well-thought step for Puttock’s surprisingly effective screenplay, little plants that pay off with time.

The film systematically unravels Virginia’s personality and the ravages of her gift on her and others’ lives. She’s not as timid as she’s exhausted by the responsibility of her power to completely alter lives, and she certainly is not as besotted with her boyfriend as she is dependent on him as the only source of comfort. And from what it looks like, he has never made a wish to her for anything either. And then the film delves deeper. Through magical realism, it objectively slices through the dizzying ways of complicated relationships, and in this particular case, emotionally manipulative ones. Some complexities about Virginia’s powers remain fuzzy but the point it drives home is explicit and impossible to ignore.

Despite its intelligent screenplay, the film lacks strong visual design. The cinematography shows signs of inexperience, as does, for that matter, its editing. While these do affect the story, the rich plot remains memorable on its own.