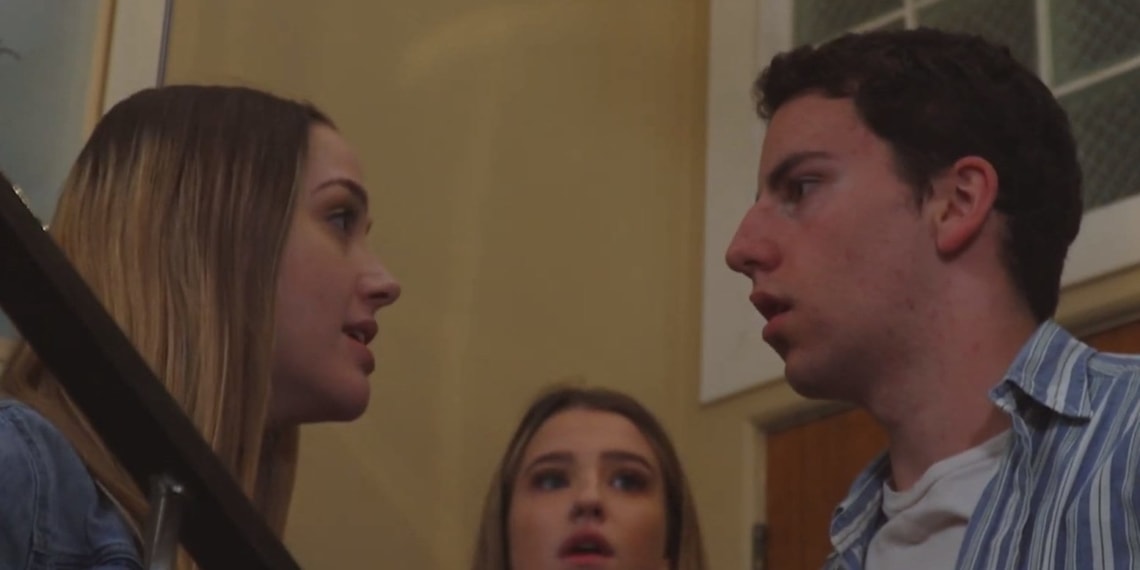 Ryan Jamison taps into the inner lives of teen boys to craft an intricate drama in a mere seventeen minutes with his Also Patrick. The eponymous Patrick, played by Jamison himself, and the many dimensions of his morally ambiguous character are what makes this such a thrilling drama.

The film introduces Patrick and a group of boys walking to a party, a group that he desperately wants to belong to, although he’d never show it. The film displays motivated camerawork early on, developing into motion filled frames that keep the audience hooked. The boys are vulgar, to put it politely. Female classmates, their genitalia, and the boys’ sexual lives dominate the conversation. Patrick remains mostly silent, although his crush on a classmate becomes the subject for a few moments. Patrick’s choice in friends as well as his shyness is telling and establishes his character firmly.

When at the party he lets loose after drinking beer and practically the entirety of a bottle of vodka, a different side of him surfaces. Jovial, somewhat pushy and a stark contrast to his generally reserved self. The music maintains the energy of the film without being obtrusive, all the while luring the audience with a sense of harmless merrymaking. There is also a hint of insecurity in Patrick, which Jamison had played cleverly with earlier, when the girl he crushed on, Anita (Bianca Salamis) came to him for counsel on Cole (Josh Tevlin). The film lets the moment of doubt last just long enough before allowing release: even though Patrick shows momentary hostility, he shows decency.

His drunk self is much less generous, resulting in a one-sided conflict with Cole, bringing in the climax. This then results in accidental heroism, and the profuse praises that follow. The payoff for the bat plant in the scene before is particularly well done.

The twisted twist ending is just ominous enough to leave a lasting impression. Patrick is one of the nice guys. Patrick is also one of the guys you should not mix alcohol with.