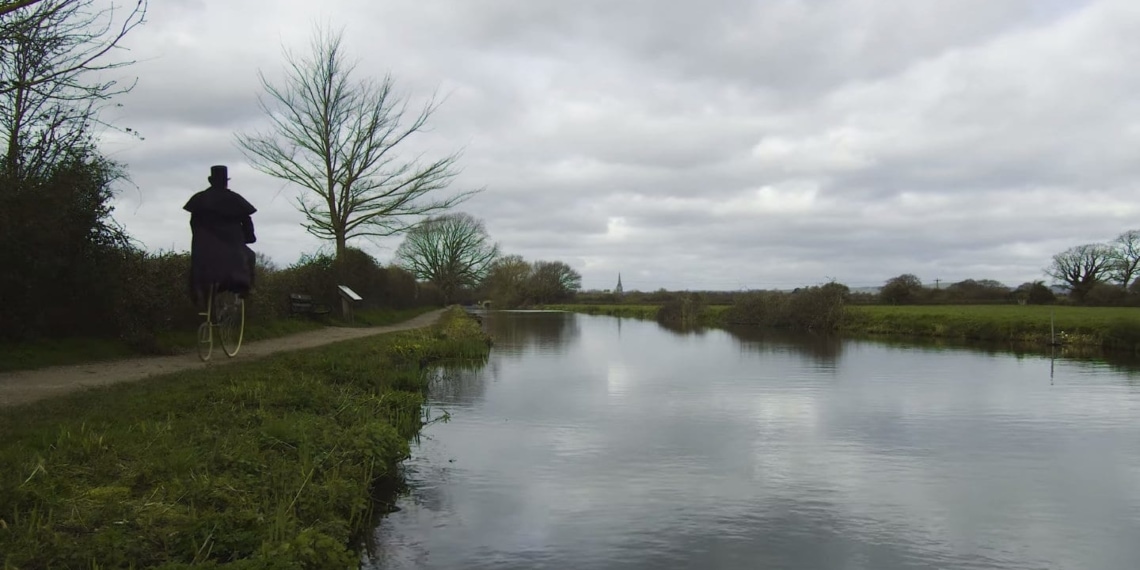 Regijus Simkevicius documents a sliver of an unusual man’s life as he recounts his metaphorical and literal journeys in life, some of which made news and put him down in history as the man who journeyed to the Alps on a space hopper.

The Extraordinary Steven Payne explores the eccentricities and unusual circumstances of Steven Payne’s life, narrated by Payne himself, from the year when it all went wrong to his next journey (it involves a penny farthing and a 15th-century jousting armour). The 5-minute documentary is a great start to exploring Payne’s tale, but it is far from exhaustive, and a bit of research brings up the more nuanced details of Payne and his extraordinary life.

While the film displays decent editing and camerawork for the most part (particularly in this last bit), there are instances early on, evidencing both unsure camerawork and clumsy cuts. On the other hand, it is to the credit of Simkevicius’s editing that the film exudes a quintessentially British sense of humour.

The film, if you do not come knowing that this is a documentary, you might take to be absurdist humour. The documentary maintains this eccentric tone right to the end as Payne rides off into the sunset on his penny farthing, all the way from Westminster Abbey to Notre Dame.