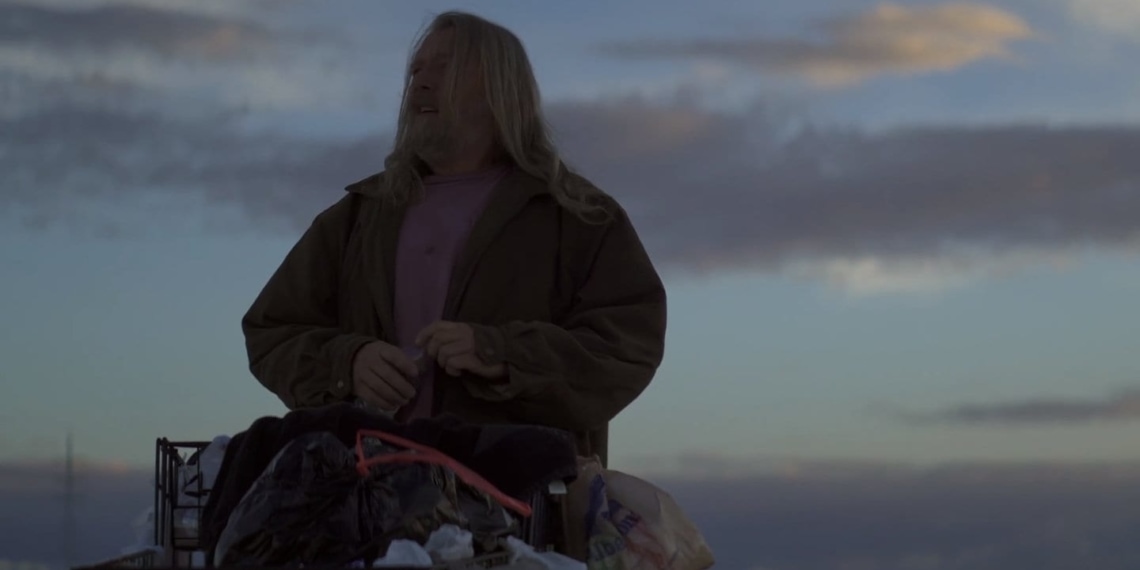 Loneheart unfolds a tragic story, one without a conclusion. True to its silent central character, the film feels merely a glimpse into a tragic story before tiredly walking on, weighed down by the knowledge.

Now homeless, Amelia’s father (Bruce Penton)  was an attorney. He had a wife. He had a daughter. He used to stay home and take care of them on the days his wife was too sick. A day came when she was too sick to survive. And after Amelia (Alexa Garin) writes her school essay honouring her father, an accident takes her too. Co-written by TJ Penton and Bridget Fett, the whole of the film dwells in all the was’s that Amelia’s nameless, homeless father was. In the present day, he scavenges trash bins, unable to continue a life without its primary pillars. The introductory wide shot that introduces the character summarises his life now: an endless, lonely path.

The story is told through Amelia’s perspective, as her father reads from the aged piece of paper. Every memory is visited with slant glances, as though he is too afraid to see them in their full form. The moment of Amelia’s crash, a moment of effective editing, is blanked out altogether.

The film closes as it began, on a long path that sometimes stops to grieve. As the last credits roll by, one cannot help but be moved to wonder at how many people have been lost to grief this way and how many have never seen the end of the long road of homelessness.