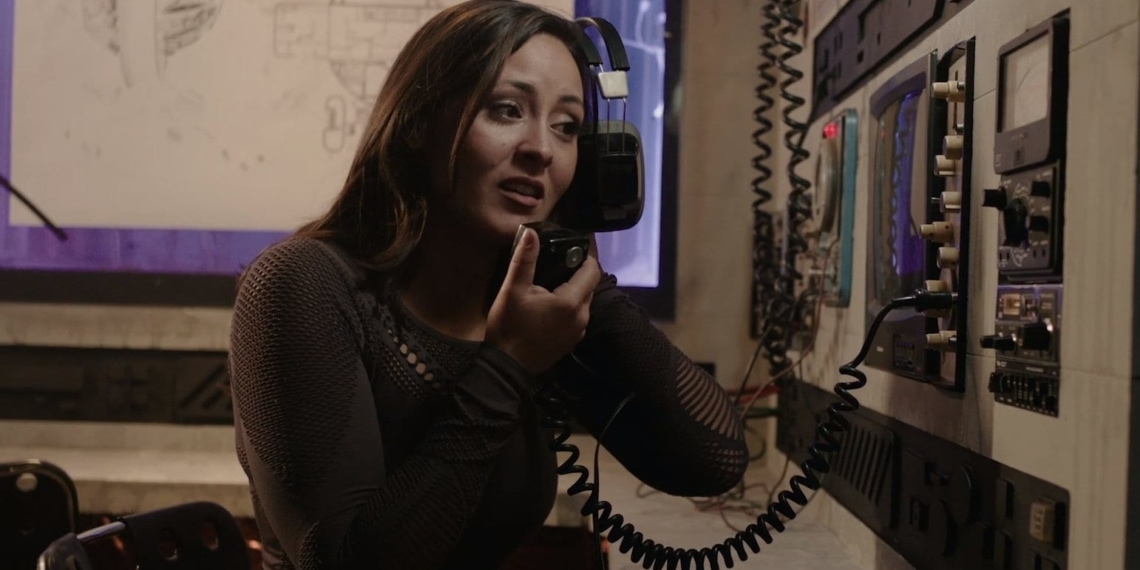 Writer-director Cameron Currin has shortened a feature length’s worth of story into a ten minute film, Infinitus, a sci-fi that explores a world near the core of the Earth, made up of previous surface-dwellers, driven inside by the lack of a sun.

Mankind harnessed the energy of the sun until it died out, an experiment fittingly named Project Icarus. With her partner, John dead, it is now up to Rachel to either perish away slowly after another failed attempt to reverse the damage, or take charge of a radical new experiment, ending perhaps in her destruction.

It is certainly an interesting premise, though no greater than rows upon rows of spaceship stories out there, following the same broad story structure, adapted for a much shorter runtime. This it accomplishes by delivering exposition through voiceover and text cards, showing only a penultimate inciting incident and the ensuing climax. The main character, Rachel, is practically the only character: John (Paul D. Morgan) is dead by suicide before the film has begun, her colleague, Chris (voiced by Currin) is briefly present over audio and of her daughter, we see only a photo of. It is John’s suicide note that provides the expositional narration.

The film’s strongest ally is its background score, full of energy and suspense, there to hype the film through the end. With Rachel’s new attempt now in motion, we get to see some more of the world outside, giving the film its first and only spectacular shot. Besides this, the camerawork ranges from safe to bland. Given that we see mostly Rachel’s own personal journey, in a rather small space, there is, for too much of the time, no sense of intimacy to it. The camera functions as a witness to events, not capturing the mood of it all.

Infinitus’s focus on the climax of an intriguing idea is a smart choice to make it a gripping 10-minute narrative. Now, if only it operated from outside of its safe zones, it would have made for a rather remarkable addition to the sci-fi genre. But, until that happens, science buffs can safely make through with this one.