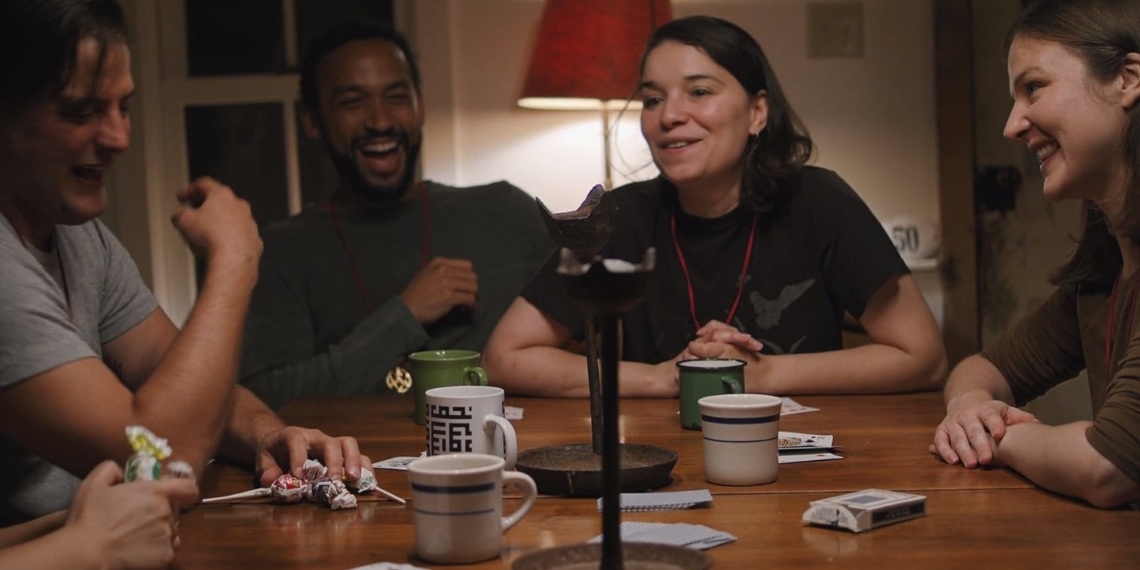 Paul Robinson’s A Vital Sign tackles a controversial subject, that of a religious suicide pact among a group of five. Spoiler: they go through with it. Robinson’s treatment uses a conventional narrative that succeeds in maintaining tension but what remains ambiguous is the stance of the film itself.

The film observes these characters from the 34th hour before their death, visiting them a couple of times more, till their final hour. In these 34 hours, one has given up on the pact and left with her partner, leaving behind a heartbroken friend. This goes on to spark the conflict that creates the climax.

Pam (Petra Denison), who left, and Emma (Sashia R. Dumont, also the screenwriter) was left behind form the compelling emotional core of a film that already features characters that are unwaveringly in harmony with each other. This is how Robinson frames the characters: as a group of people who have peacefully made their decision to leave behind this life for the next plane. There’s nothing to hint at something darker than what’s on the surface: card playing, lollipop loving people who follow through on their pact without any regret. Except for Emma, who one can assume would have been just as happy if Pam had not left. The characters are a likeable lot: besides Pam and Emma, there is the charming Manny (Ryan Katzer) and playful Roselyn (Kat Lindsay), and Neil (Kieron J. Anthony), a quiet, thoughtful man, Emma’s partner.

Emma displays emotional vulnerability early into the film, which perhaps explains that her partner is the nurturer sort and her best friend is a dominant personality. When they eventually separate, it is a gut-wrenching scene and credit must be given to the two actresses for their sincere performances in the scene.

In their final hour, the now group of four do what they came to do, in a tent in the woods. It is a puzzling scene, as is the film as a whole that does not always lend itself to one coherent tone. Sometimes the background score implies tension, sometimes drama, but rarely is there criticism. Even Pam’s expression of regret is confusing, if at the least it does express doubt.