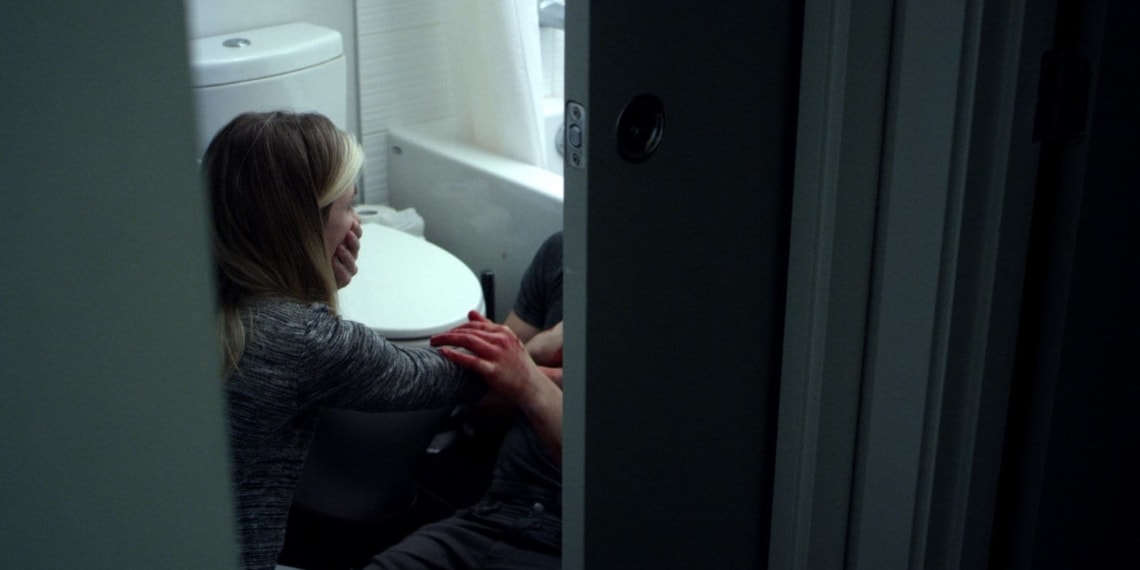 Grace Goen’s pandemic sci-fi Unseen, seen at this time in history, is giving shape to some of our worst fears and paranoia. And there is a non-real but eerie parallel to boot: the virus in this film is transmitted by eye contact. This basiliskian nature of it may not be real and even sound absurd but in the time of COVID-19, it certainly does trigger one’s senses.

Goen focuses on two characters, Nicolas and Claire, who have a baby on the way. Before we even see its opening shot, the question is posed: how do you raise a child without ever looking into their eyes? You can look via a mirror, so there’s that. When his tests return inconclusive, the couple is forced to separate (Kristina Hampton, Claire, is excellent in the scene). Nicolas, played by Riaan Smit, goes searching for answers but comes up with nothing. The color scheme, kept suitably neutral and bleached, intensifies that oppressive tension. Smit’s boyish face as Nicolas contends with inevitabilities is the withered cherry on top. Desperation brings him back to their house, bringing the drama to its climax. Goen plays it safe and keeps the gore mostly off-screen, but it does not work for the film: the time of sanitised violence feels long gone and the hints of blood are far more off putting than the actual gore would have been. The twist she pulls however, is commendably natural and tragic.

The bittersweet irony of watching a pandemic sci-fi (finished mere months before the beginning of an infinite global shutdown) during a pandemic greatly influences the experience, mostly for the better. At least we are not as screwed as the people with a basilisk virus, we can say. So far.