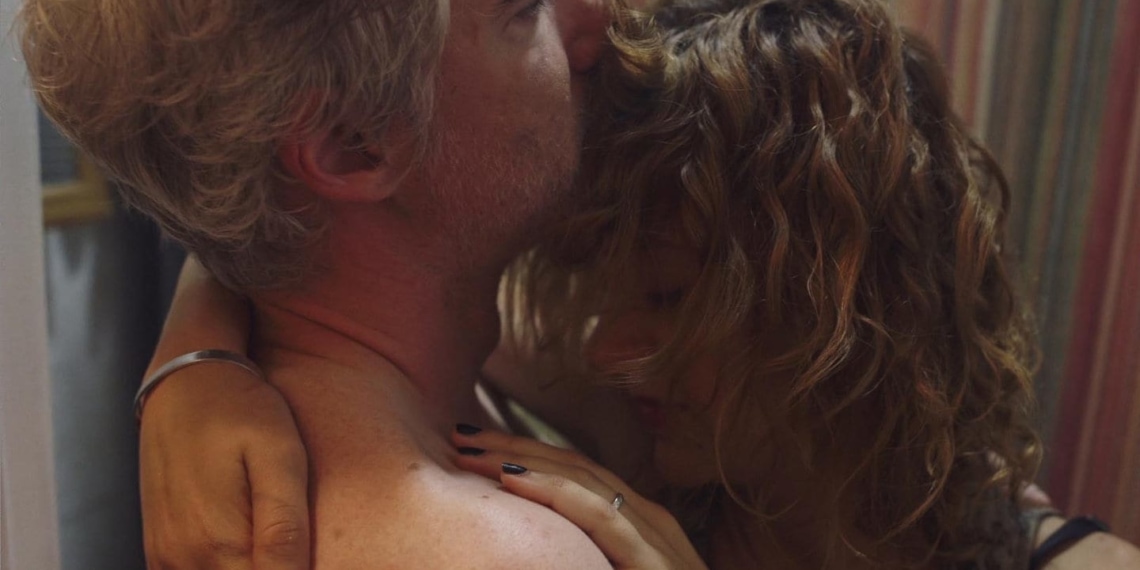 Bryan Enk’s Push Up is named, on the surface, on one endearing moment between a couple: one drunkenly asks the other to do pushups and he complies, enthusiastic and affectionate. On the surface, nothing much happens in the film or to its two characters, Matt and Maggie. And yet this is a moving film, brimming with insight and emotional intelligence.

Played by Richard Lovejoy (also the screenwriter) and Morgan Zipf-Meister, the central characters have evidently been together for a long time: it shows in their mutual behaviour. The film takes place on a night when Maggie has just returned drunk after an evening out with a friend who is going through a divorce. From what we see of Matt before her return, he is depressed and somewhere lonely. Lovejoy’s script keeps everything true to theme and character; even Matt’s enthusiastic push ups are in line with his general sadness.

What sticks out as the first sign of the script’s merit is a little moment between Maggie and Matt as they go back and forth over not hating, not loving and a small kiss that is meant to reassure but which only evidences at the distance that has crept up between them. Lovejoy’s performance is as great as his writing. Zipf-Meister displays identifiable vulnerability and great chemistry with her co-actor.

The mood of the film however, is marred every now and then by bad shots and awkward lighting which keep crawling back into an otherwise potent buildup (the score is key) as the characters do their best to keep up the appearance of cheerfulness, contentment and steadfast love, but the dreadful sadness they drag with them only becomes increasingly clear.

But the film finds the paths to connection between two people who have known each other in and out, and do not always like what they know of the other. It is very subtly done, setting the centre stage the quiet affection of long familiarity, regardless of what comes next.