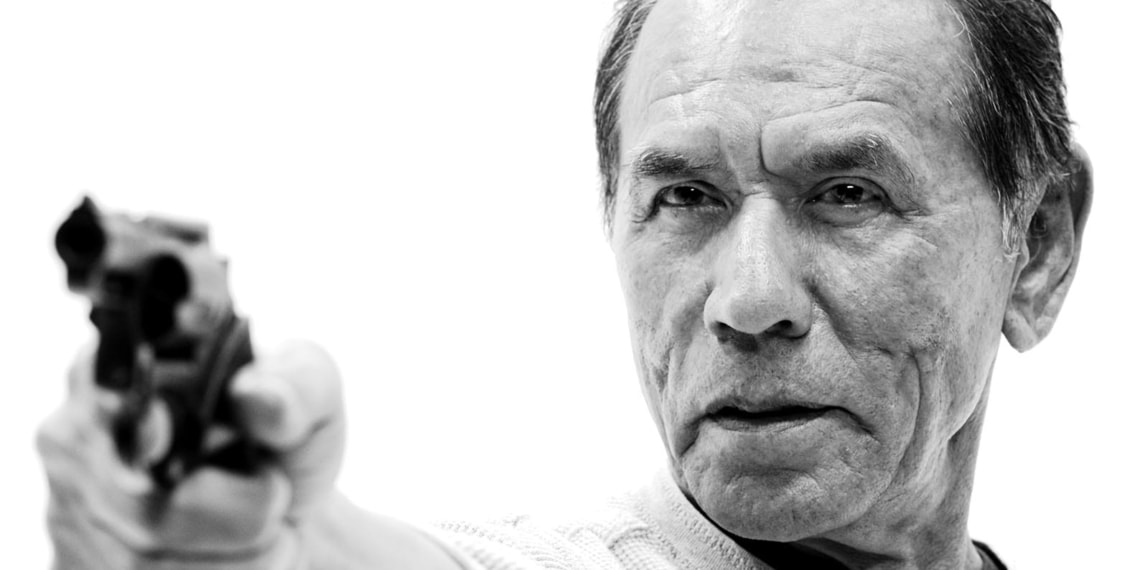 Writer-Director Andy Kastelic’s The Dust Monologues sees him as The Return, one of the fifteen characters that lay themselves bare against a white backdrop that leaves the eye nowhere to go but on them.

The Dust Monologues is experimental; Kastelic uses the audience’s expectations to create stories that make sense right away and an overall film with multiple shots at resonating with its audience. In any case, the film’s visual design makes it hard to ignore. The audience is witness to fifteen characters – their names characterize their stories – as they talk to someone off-screen, sometimes begging, sometimes demanding, sometimes railing against the inevitable. These monologues are pained, contemplative and often gut-wrenching. Kastelic’s character, for example, pleads and argues with what we assume is an old love, to walk away with him from their miserable life.

Performances are almost uniformly laudable, some particularly impactful. Marc Comstock, the Hound, is simultaneously frightening and pitiful. Esodie Geiger, the Orphan, imbues her character with years of neglect and subsequent resentment.
Ava Wagenman as the only child character is something of a surprise, and understandably less effective than her co-actors.
These characters are fascinating and peculiar for the names they and their stories are given. The Orphan’s monologue is directed at her old friend who has never given her enough importance. The Historian (Wes Studi) is a bartender with the Wild West in his air, his monologue directed at a group of thugs beating someone up.

Kastelic uses well-known composers’ work to score his film. Max Richter sits especially well and what’s more, it elevates the narrative (the Fray comes to mind). Jack Forcinito who enacts the Fray is all the more moving because of the music that accompanies him.

The characters are presented only as a manifestation of their emotions, hence the absence of real-world surroundings. What connects most of these stories are a history of parental abuse, narrated with self-hate and pain; the thread that might connect all these narratives is not clearly spelled out and this apparent lack of cohesion takes something away from the experience. But, regardless, The Dust Monologues, has much to offer, a montage of moments that carry the weight of what’s it like to have an unhappy life…

Bingo: On The Off-Chance When Everything Went Wrong