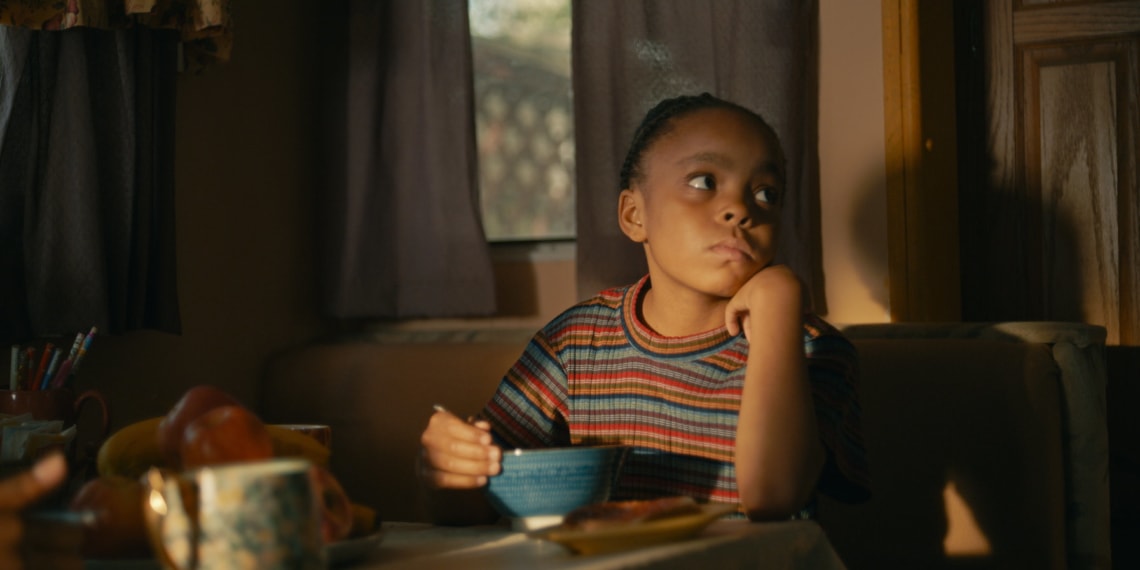 Jessie is 8. But sometimes, it does not show in her behaviour. With only her teenage sister around, it is clear who she is trying to emulate. Kyung Sok Kim’s 19-minute Furthest From (screenplay by Rex Reyes) delves into and demonstrates the character with such subtle detailing, it affords a moving look into a child’s world.

When we meet her, Jessie (Amanda Christine) is on the brink of losing her whole community, a trailer park forced to disassemble due to water contamination. The opening background score (by Brendan Eder) is cathartic but does not appear again. Her closest friend is Lucas (Tucker Chandler), she is brought up by mainly her sister, because her mother is mostly absent. Jessie’s relationship with her sister is a key factor to her personality and how she views herself, perhaps even seeing herself and Lucas as her sister talks to her boyfriend, noting even when she prioritises Jessie over her relationship.

The far too large sweatshirt Jessie wears is the first indication the film gives of her desire to both grow up and be seen as grown up. The film pieces the character together with these little details present throughout. When Lucas tries to tell her of his impending departure, Jessie repeatedly deflects him, to the point of actually running away and hiding behind a washing machine. This is her usual hiding spot for when things get tough, and no one seems to have discovered it.

She even hides everyone’s eviction notices whenever she can get her hands on them, stashing them in a little blue bag. If no one gets their notice, then no one will leave, right? Except some do get theirs and Jessie gawks at them discussing leaving with displeased surprise. It’s a small moment that you only notice on a repeat viewing.

The ways, however, do part, despite Jessie’s best efforts. It takes an outburst and some hiding for her to come to terms with the inevitable. Moving on, something that she had protested against, finally has a taker and another small block (not altogether a happy one) is added to this giant personality.