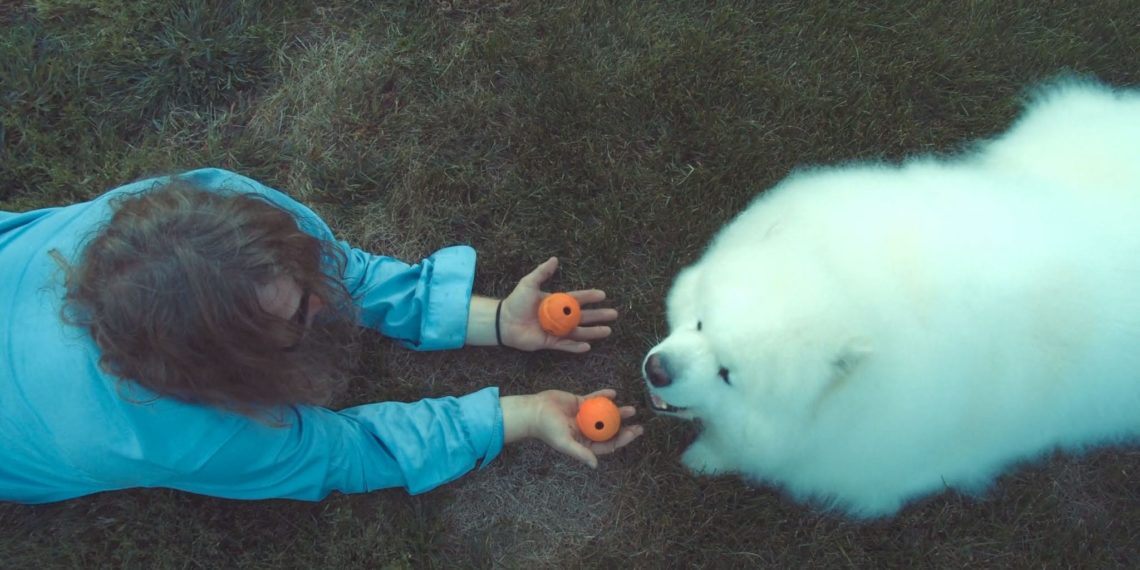 Christopher Hoffman’s Your Dog Likes Me More Than You is a poignant drama, and although humour is a predominant characteristic of the screenplay, this is by no means meant to be viewed as a comedy. Instead, the little tricks distill melancholy, abject loneliness and tragedy down to their most potent forms.

Hoffman weaves the story with Petey’s life, a dog walker down on his luck for quite a while. He loses his basement place (rough walls, no furniture and all) soon after the film opens and that’s only the start. Petey is more than a little awkward socially as well as forgetful and vague, so that his day job tends to suffer because of it.

On the down-low, however, Petey is a writer; the film derives its name from the title of his work. But the faint chance of a break for him goes belly up in spectacularly frustrating fashion: his client who is a literary agent, hangs himself soon after Petey talks to him about his manuscript (not that the man showed any interest in it). Cinematography zeroes in and amplifies the effect by framing the hanging body in plain view, right next to Petey. His 911 call in the same scene is as surreal as it is funny. The visuals are a sensory experience throughout: although nothing particularly innovative, it has an intuitive finger on the film’s pulse.

The rest of the film continues in the same thread: a surreal trance-like state; things happen to Petey and he does his best to deal with them, but emotionally, it is as though he is practically dissociated to maintain a facade of functionality and even progress. This is not a film meant to chronicle a success story; there is only a quiet melancholy settling down on the air as the film approaches its end. There is a contemplativeness to it, if a little lonely.

Watch Your Dog Likes Me More Than You Short