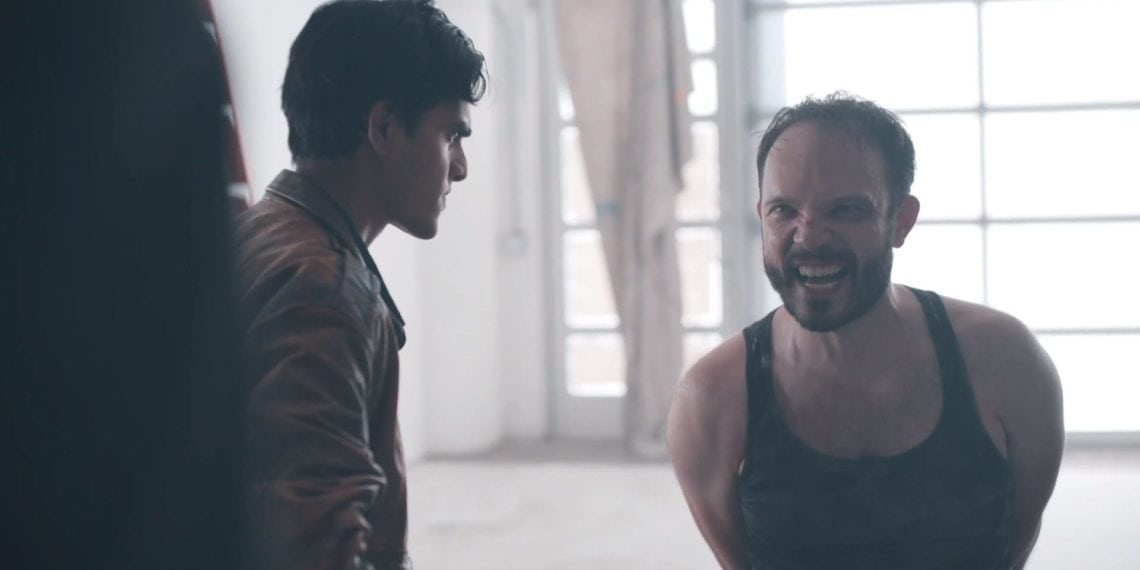 Unabashedly goofy, Nirav Mehta’s Good Cop Bad Cop and Maude is only 4 minutes long and hinged on a single joke, that of a terrorist facing his worst nightmare after being caught: six-month-old pup, Maude.

As the film jokingly informs, Maude restores renaissance paintings and has more shares in Tesla than you can dream of. The terrorist, Lannister, on the other hand, has only his diaper-free record to his name. And of course, holding the world hostage.

The film opens by giving us the exposition: a terrorist attack has the whole world on its toes; there are bombs planted everywhere and only Lannister knows the codes. But Lannister refuses to break, both to the bad cop’s intimidations and to the good cop’s blueberry and walnut muffin. Mehta plays both the good and bad cop and plays them well. His comic timing is a delight (as is the film). Adam Lesar, the terrorist, performs less dramatically: there is just a hint of stiffness to his act and it takes away from the otherwise hilarious situation.

Mehta uses animation in the opening sequence and special effects to introduce his characters; these have a graffiti and comic book like style to it, a great way to start off the film on the right note. The climax is hilarious, and as feel-good as it gets. Maude and team save the world and everyone goes home happy, even Lannister.