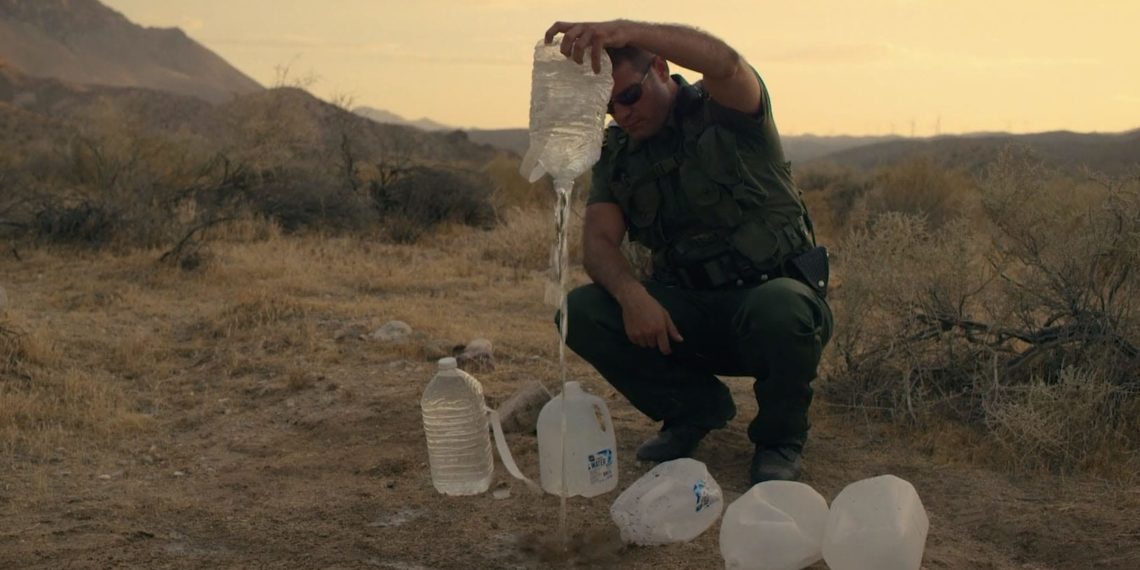 There is a conspicuous absence of a background score in Rodrigo Zan’s Fenced (written by Horacio Ramirez) for the most part, leaving it feeling very real, messy and even mundane, in the way the world goes on as usual despite tragedy. Only Zan’s protagonists are affected, two small people in a big world.

Leticia’s (Kriss Dozal) son is dead. Border patrol officer Chris Hernández (Victor Patrick Alvarez) pulled the trigger on the van that she and others were in while illegally crossing the border. That she does not know it is not made the centre of attention. Instead the focus is simply on the loss she suffered, the road from here, and through Chris’ guilt, we also examine the whys of it.

Chris, who is introduced as staunchly in support of strict action against illegal immigration, begins to come undone upon realisation of the consequences of his actions. By the end of the film, his character arc has remained fairly understated but moving nonetheless. Alvarez pulls off his role very effectively: as the film progresses, his demeanor and bearing change visibly; the man in the car at the end of the film feels altogether different from the border patrol officer who dumped out drinking water in the opening scene.

Dozal’s performance lends subtext to the film. There is a vulnerability to her, characteristic of someone very young, far too young to have one child and another on the way. Her grief then takes on additional pathos. The relationship between Chris and Leticia never becomes a romance or really anything beyond two strangers brought together for a while by harsh circumstances; this works particularly well for a 23-minute film with much to unpack without the additional burden of unfolding a romance.

Zan ends Fenced on a note of limited optimism, having examined the relationship between apathy, unavoidable humanity and the pervasive guilt that follows, through trends that have never been so relevant as now.