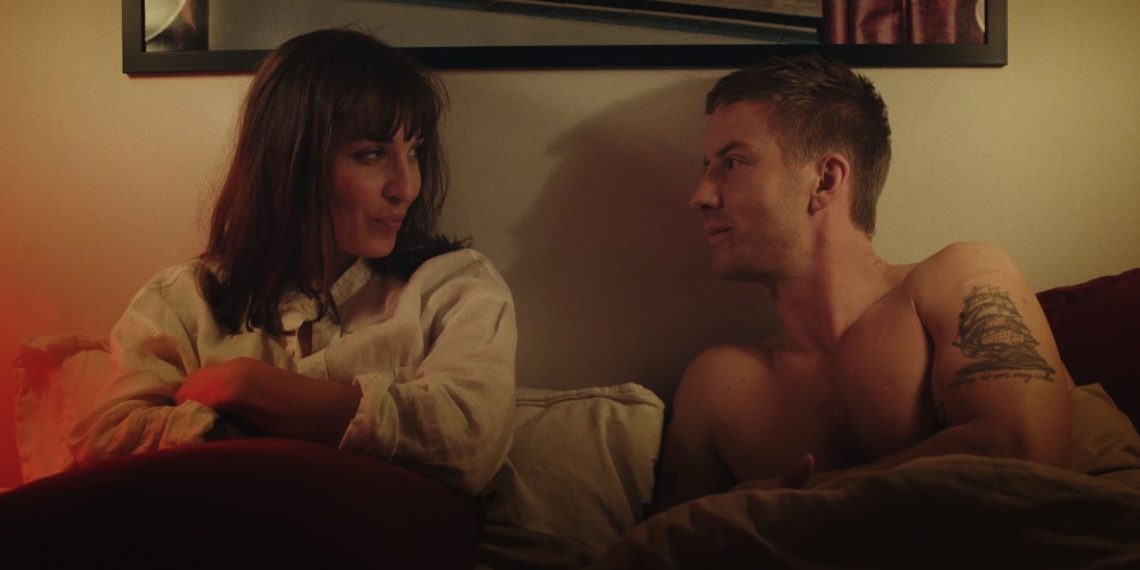 Somewhere in Stockholm in 2018, two individuals fall in love. And, their story resonates with all those who have in the times of the social media. Director-Writer Martin Sandin’s 17:20 short Foggy Days is unique, classic and universal. He peels off the romance, the sheen to reveal the raw, aching, vulnerable self of the individual who is helpless against what his heart desires. The power dynamics, the excruciating pain that follows self-awareness captured so unrestrained, that it leaves the audience with the same pang that classic love stories do: that of liberation and defeat.

Peter (Filip Berg) is lost; in the charms of Clara (Alida Morberg). Almost like a soldier attending to his call, he abandons his part-dismissive, part-indifferent love advice to his friend as Clara’s beckoning message pops on his phone. And, as their routine plays out, we see in them ourselves. Love can be all-consuming; it can be destructive and we alter in our parts, in the roles we play. But, some of us get better played at it. Sandin’s take on love is real. Without the coloured fantasy of hedonistic love, what we get is a discomforting version. It becomes evident within minutes as to who is more invested in whom. And, all of these revelations are made in brilliantly written dialogues that one might want to pause and reflect over. For instance, when Clara quotes one of Edith Södergran’s sayings, it’s not there to fill the conversations. It’s a cry out for help, a self-proclamation of what she thinks of herself. That Peter’s replies to it are even more brilliant needn’t be doubted.

The writing is unique. Not only are the characters given an exacting personality, but their arcs are also well-explored. By the end of it, we see the roles being reversed, pride being swallowed and the aching realisation of how lovers can never be winners. As cinematographer Zoë Que’s lens moves tentatively, at times vicariously, capturing the intimate moments of the couple, we get to see the myriad shades of love. In the confines of Clara’s room, the lighting dark, the surrounding almost claustrophobic as Peter understands what vulnerability is as he lies naked next to her, everything falls into near perfection; be it the camera work, direction or acting. Co-editors Adam Strömdahl Östberg and Ruben Sznajderman snip the scenes to give a neatly paced drama, as Anders Af Klintberg’s music brings out the yearning in the story.

Social media has bridged the distance, but so has it widened it. Browsing through the Instagram stories and Facebook updates of one’s friends, its only natural to feel isolated, envious even. But, when that comes to take over one’s judgment and decisions, we know there’s only one winner: emptiness. Sandin’s Foggy Days is a mirror that reflects the love of today’s day and age. That narrated through the universal language of romance, lovemaking and conversations, he presents us with an unmissable short that’s worth multiple viewing.