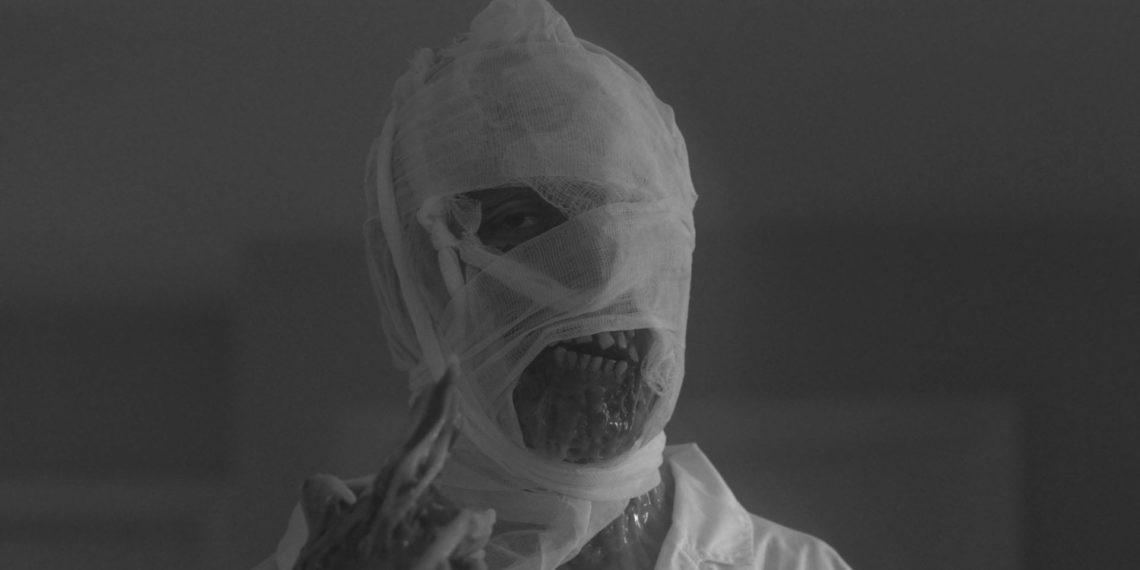 Writer-Director Zach Zeman’s Meltozoid-The Remake is a film about a film remake, set in a distant past that speaks of a very successful director of B-horror movies who, like Hitchcock, made a particularly famous film, which now faces the threat of being remade.

This director (William Lewis played by Carlo Fiorletta) literally comes back from the dead to protect his legacy from being tarnished by a hack producer (Dick Linksman played by Erik Rausch) who just wants to milk the original film’s popularity, adding in steamy scenes “for the youth” and “women’s empowerment”. This one instance provides layers of relevant commentary on contemporary cheap attempts to capitalize on feminism: fake girl power films (and merchandise) that do nothing if not actively harm the cause they proclaim to promote.

Interestingly enough, Alfred Hitchcock’s film Psycho was also remade in 1998 and was hated worldwide. Maybe Hitchcock should have done something similar to Meltozoid’s fictitious director.

Shot in black and white, it is perfectly reminiscent of the 60s, to the point that you would be forgiven for mistaking it to be many decades old. Zeman uses a satirical comedy to illustrate one of the film industry’s greatest cringe moments: bad remakes.

Carlo Fiorletta completely melds with his character as the proud director as does Eric Rausch, who plays the producer. The decision to include the director’s own 4th wall break is a definitive factor in keeping the film interesting. Fiorletta and his cigar are a life confirming duo. If nothing screams the olden days, these two will. Although the obviously fake props and prosthetics are a fantastic contender for that position. Zeman excellently recreates the look, feel and sound of a 60s film and all its nefarious behind-the-scene ongoings.

The parodying tone of the film is ridiculous and entertaining; the intentionally bad in order to be funny trick works fairly in its favour, thanks to the era it sets itself in. Indie film about retro remakes of retro b-movies, anyone?