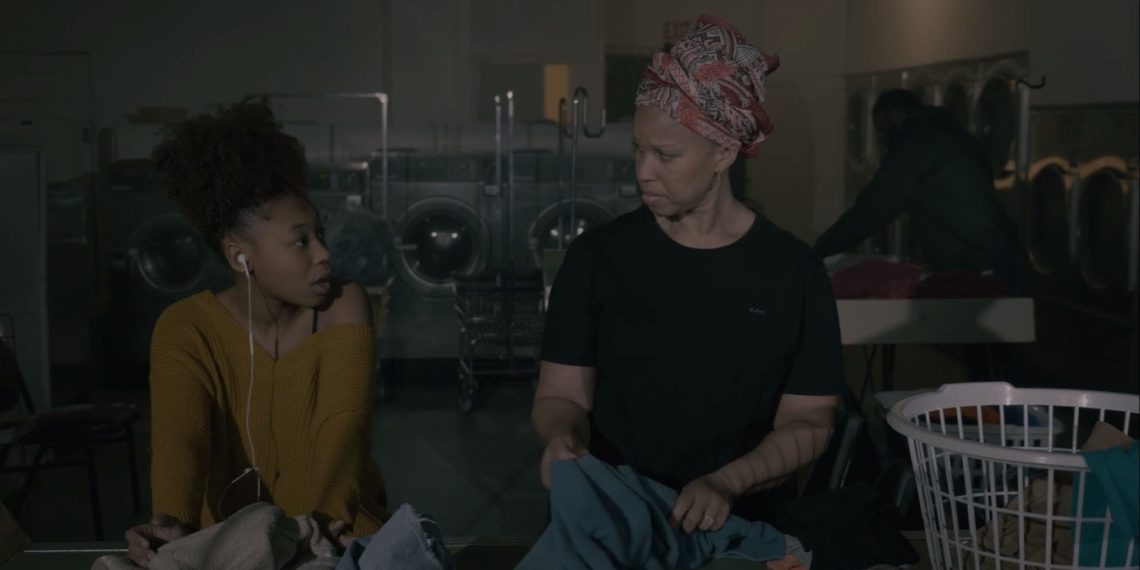 Joe Jennings Jr.’s Change has a neat plot to its advantage. Set in a laundromat, the film records a fleeting moment of doubt, reassurance and then crashing change.

Sixteen-year-old Kendra (Jamila Gray) unironically asked a politician what it takes to be the president. President of what, her mother asked when she recounted the story. Of the United States, what else. While in class she was laughed off, her mother, in her limited knowledge, gives the best answer she can to her ambitious, then sulking daughter. There is ambition and impatience in Kendra. She cannot wait to be big, to accomplish things, to be President.

And then, as it must (and before the plot starts to meander), tragedy strikes, and the title of the film takes on new, multiple meanings. But that’s where the extent of its merit ends. The conversation, although it fits in well with the plot, is not particularly gripping. Karen Duvall as Kendra’s mother pulls off a rather flat performance that does nothing for the already struggling scene. In Gray’s performance too, the artifice is rather apparent. The imperfect sound design adds the final punch to make the whole scene feel staged.

Outside the laundromat, where the climax takes place in the form of a life-changing confrontation with a panhandler (Todd Daniel), the screenplay’s imagination moves away from what is credible and realistic, delivering an ending that, although impactful in its implications of the aftermath, by no means convinces the audience. The wordplay is neat but the realism, a mess.

What really ails Change more than anything else is its half-baked screenplay. For all its profundity, it paid little attention to the specifics. There is little in the conversation to elevate it beyond the mundane, and the film is too short to create any particular interest in Kendra or her mother. At only five minutes, all the film established were its basics, and not very realistic ones at that.