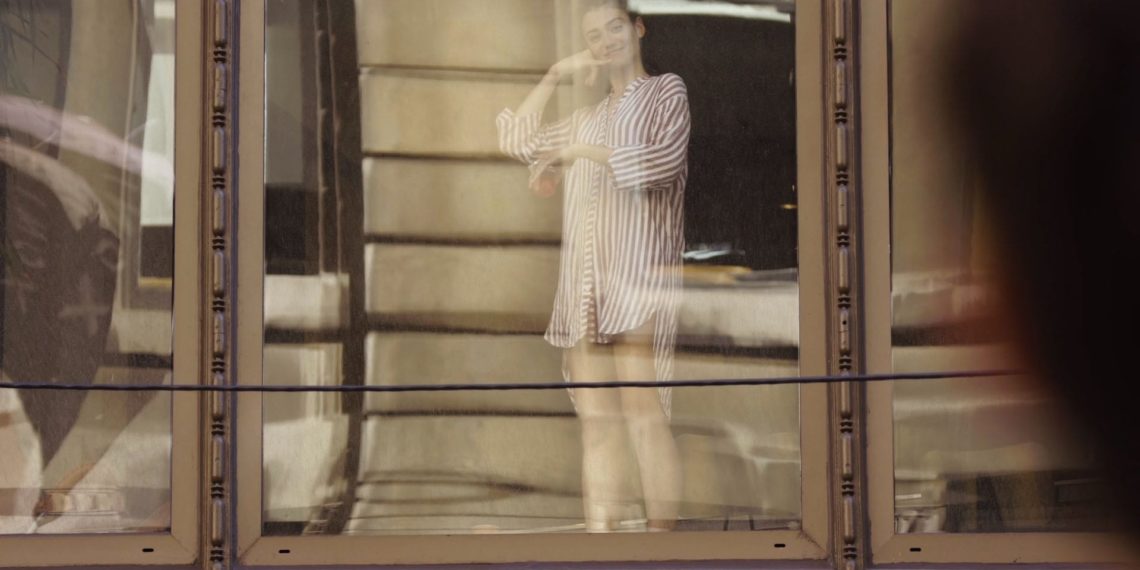 The director’s note says that it’s based on an actual window and an actual charade. What a disappointment it would have been, had it not been so! Writer-Director Indigo Bates’s Through The Looking Glass is a 2:37 minutes short film on a very novel, original meet-cute. It’s the music that one’s first drawn to, even before the opening shot. That peppy number, those foot-thumping beats couldn’t have settled for anything lesser than actor David Patterson’s charming entry. And, in the next 157 seconds, we are happily transported into this parallel world of dialogue-less conversations between two strangers, whose world is divided, just by a glass.

Patterson is on his way to work, perhaps. His effortless saunter is disrupted by someone who catches his eye. It’s mutual. She is looking at him too, with an almost curious gaze. Hannah Shealy who is paired opposite Patterson in this short is a complete entertainer. We see the two hold their gaze and carry it forward to a fun, spirited conversation. From exchanging details of their jobs to daily activities; some of them clearly indecipherable even to them, the conversation is interesting, not only for its setting and acting but also for being entirely without any spoken words. Its all gestured.

Brett Phillips’s camera sways between the two – sometimes in wide angles, sometimes in close-ups, at times giving a vantage point to the one who is indoors (Shealy, in this case), at times just being a random stranger on the street witnessing two individuals have the conversation of their life.

Through The Looking Glass is light, it’s fun, it’s cheerful. But simplicity cannot have been achieved that effortlessly. The editing is to the point, the scenes are cleverly nicked and the music accompanies throughout without going overboard. Patterson and Shealy remain outstanding throughout. There’s no way one can pick their moments, its that steady, their performances.

Bates is promising. If in 2:37 minutes she can create a film that leads to the collective sigh of the audience upon its completion, she certainly has much more to offer.