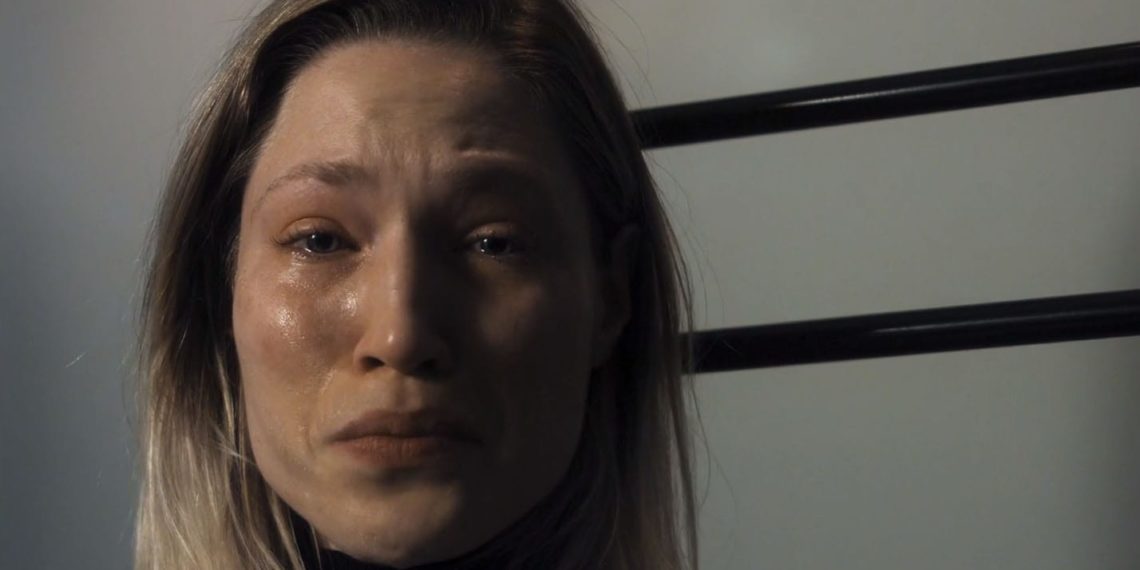 Anton Chekhov’s short story about a sleep-deprived little girl is adapted to the screen with a few minor changes into an 8-minute film that boasts a striking visual style and yet is bogged down by failings in its cinematography.

Director Elizabeth Rakhilkina modernizes the story of Varka in her adaptation of Sleepy. Here, Varka is a grown woman instead of an impoverished 13-year-old, played by Laura Arten. Arten puts in a good effort but often lacks conviction in her performance. Varka works for a wealthy couple; the wife (Rebekah Madebach) stays at home, looking sickly, but a tyrant nonetheless. Varka’s job at the house includes many a thing but chiefly it is to look after the couple’s infant, who will not stop crying.

One of the laudable visual decisions of the film, it almost never shows the baby. We only ever see the bassinet, ominously framed against a window, a sinister thing which never ceases to cast a spell of despondency around the house. It causes Varka additional pain because her employers demand she not sleep. While in the story, Varka was beaten for it, this is omitted from the screenplay. Her despair and utter exhaustion is depicted using animation, striking and hitting in an otherwise lacklustre visual world. Sleepy’s cinematography is a curious case. There are some breathtakingly bold visuals that evoke a feeling of dreariness and desolation, and yet too many times poor lighting and a framing style that feels rather “empty” ails it.

Unlike in the story, Varka’s father is still alive, although in his deathbed. The subject of their poverty shows up here. The film hints that Varka is in fact, an immigrant, when the husband refuses to pay her more, justifying it by citing her lack of papers. The film draws him to be as bad as his wife, if not as openly so, but shies away from cruelty, which worked as a principal contributing factor in the building tension of the story. Sleepy stands strong on its own, but in comparison to Chekhov’s story, it does not manage to create the same sense of sinisterness or horror.

#BBD: Today's America, Today's Racism And An Uncomfortable Look At The Human Psyche