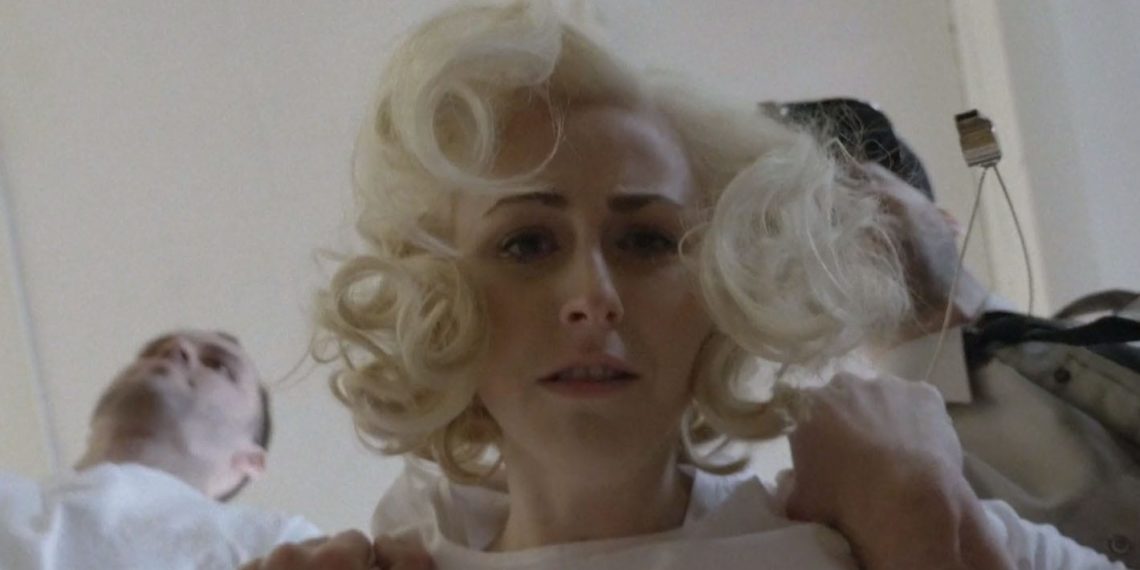 Misfit M. presents a striking form and look, as memorable as the woman it pays tribute to. Austin Ball and Sarah Hempinstall’s meta-documentary honours Marilyn Monroe and the abuse she faced, based on a letter she wrote in 1961. The letter documents her time in a mental health facility to which she was deceitfully admitted and confined in for four days.

Monroe’s psychiatrist sent her to the facility, unbeknownst to her what it really entailed. Prejudice, manhandling, dehumanization and an all-around environment of abuse reigned at Payne Whitney Psychiatric Clinic. The film has only a voiceover (voiced by Paige Locke, who also plays Monroe in the film), the lines of which are taken entirely from Monroe’s letter to Dr Ralph Greenson (her other, far less unethical, psychiatrist) and adapted into a screenplay by Locke.

At the clinic, she is kept locked in a padded cell, given forced baths, unnecessary checkups, and at the peak of her abuse, carried out and thrown into further confinement. Austin Ball’s editing (he’s also the DP) creates the dizzying haze that must have been Monroe’s reality.

As Marilyn, Locke is almost always framed alone; throughout the runtime, there is a reigning sense of unease and disorientation, and the huge negative spaces in many of the frames leave a feeling of isolation. As Locke narrates the letter, its writer’s exhaustion and despair jumps through, put on the screen with Locke’s looming face in extreme closeups. The whole 50s and 60s pastel-coloured world is faithfully depicted, and as they have now mostly come to feel, it amplifies a sickening, oppressive air.

The film ends on one of Monroe’s songs – I Wanna Be Loved By You; Locke is alone in the frame once again. In fact, she is alone in that room, in the world, without an audience. The accompanying piano is minimal, almost not there. The lyrics tell all. Marilyn’s was a suffocatingly lonely life.