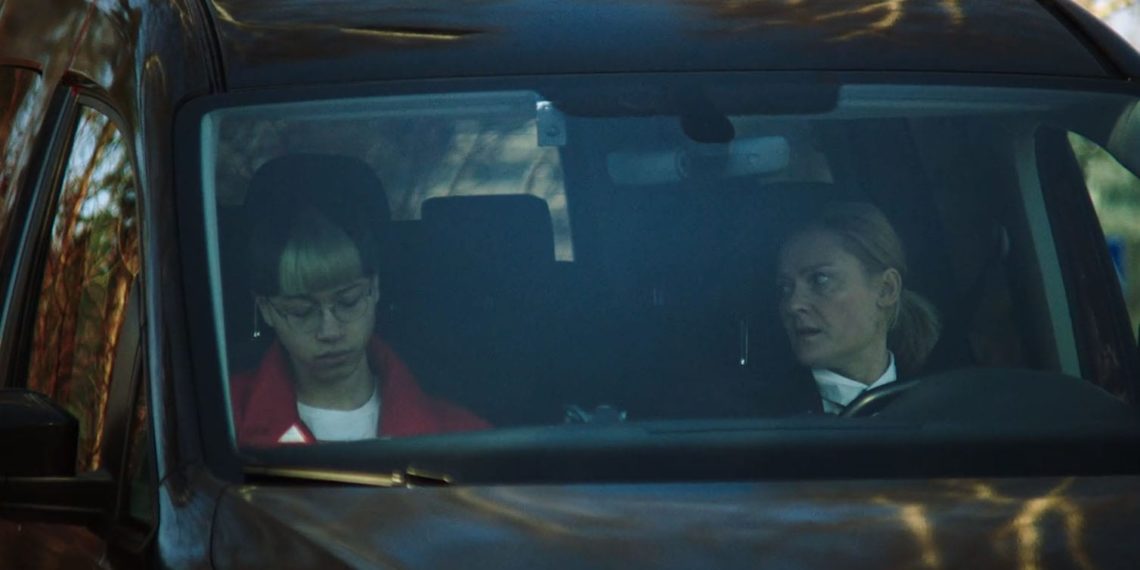 The comic aspect of Teemu Niukkanen’s comedy Are You Hungry? presides in the film’s maddening downward spiral into utter paranoia and breakdown of its main character, an overprotective mother.

She (Pirjo Lonka) has her son’s best interests at heart, a bit too much of it especially since she began suspecting that he may be gay. It started as innocuous enough. Efforts to start a conversation, some anxious Googling, but the spiral quickens soon enough to turn into a full-scale breakdown. And through it all, the son remains entirely oblivious and unaware.

Niukkanen’s achievement with Are You Hungry? is laudable. For a film with its gritty colour palette, it’s humour is not lost. Niukkanen and editor Joona Louhivuori weave the subtext cleverly into the film; it’s never on the nose or too flat. What the characters do not state, editing makes plain.

What drives the mother off the edge is not that her son might be gay but that he looks (and she believes) vulnerable to attack by older men. This translates to the litany of “Are you hungry?”, and her verbal cries that he’s far too thin. Lonka is wonderful in her portrayal. Her character’s coming apart is ugly, fascinating and impossible to look away from, and Lonka delivers with gusto.
Sound design stacks up the tension smoothly. However, for a premise as “strange” as this, the score disappoints. It is run of the mill fast-paced thriller stuff.

Matvei German, who plays Tomi, the son, is not part of the dramatics and there’s almost no music in his scenes. The mother’s race to save him regularly cuts away to him: silent, deadpan, and mentally miles away from the plot’s reality. He has his own share of humorous moments though, and just as strange, if not more, as during the climactic moments, when he’s fixing up a man’s microwave oven. Cinematography smacks the audience with the subtext, and it is doubly entertaining because the mother’s concerns begin to feel almost justified. The tension in those milliseconds break with Tomi’s lines. German is nonchalant, delivering relief to the audience in monosyllabic lines with precise timing.

Are You Hungry? is weird and wonderful, a beautifully put together film that delves into regular lives and their concomitant fears, to then take them apart into a distorted, irresistibly chaotic explosion.