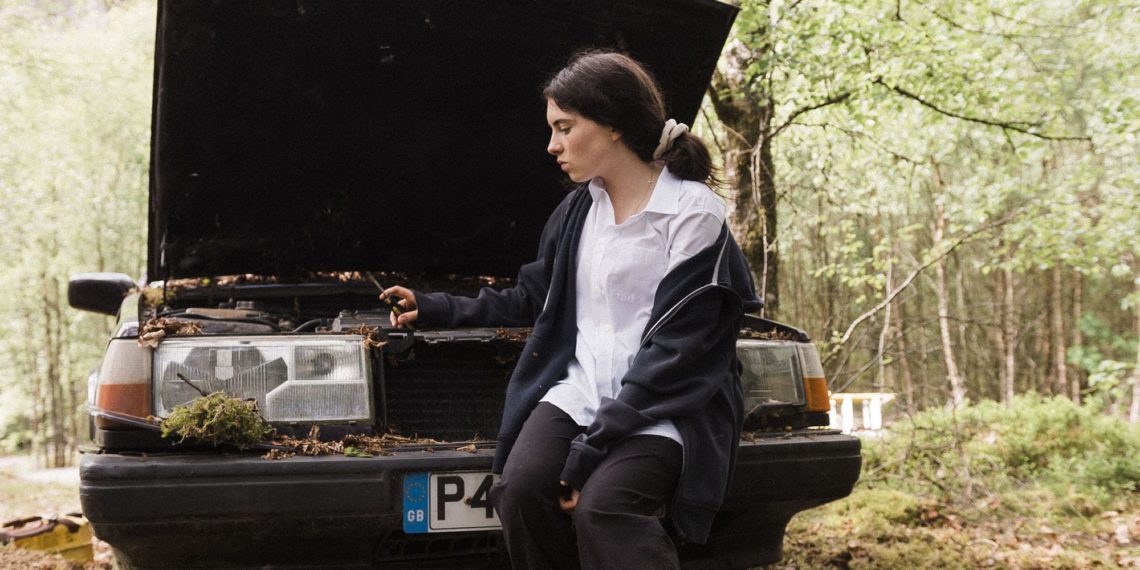 The abusive father figure. The characterization, depending on the creator’s skill, carries with it the power to deeply impact a viewer. Perhaps it has to do with reality. After all, this figure is drawn from reality, most often from the creator’s own experience. Fathers, stepfathers, uncles – anyone can end up with a bad one and then carry the weight of that oppression and abuse for years to come.

Joseph Ollman sets his stormy drawing of an abusive father in the Welsh countryside. At the mercy of Roy (Richard Harrington), is motherless Nia (Darci Shaw). She’s barely a teenager, her mother has left and covertly calls the house with the hope to catch Nia without Roy, her adoptive father Roy is that dizzying, dangerous blend of soft and violent. And to top it all, she finds herself facing bullies every so often.

It is hard to gauge Roy’s relationship to Nia initially, he appears tender, perhaps a spot self-absorbed and gruff but caring of Nia nevertheless. Until he intercepts a phone call from her mother. It begins with manhandling, only to escalate to much, much worse, combined with his constant reminder that her mother does not want Nia, that only he wants her and can handle her.

The domestic environment Ollman builds is oppressing, fearful and plainly dangerous. The house itself is a lonely thing, the desolation is reminiscent of 1999’s The War Zone. Christopher Spurden’s cinematography enhances the feeling of desolation, keeping everything a gloomy blue. Tellingly, only the forest where the car rests is a comparatively warmer palette.

Nia does not put up a fight, no matter what Roy does. This is a person who has seen what bad looks like and has learned the consequences of futile resistance. When he asks who called, she answers truthfully. But what he doesn’t find out is where Nia’s mother called from. This is Nia’s underground resistance. On the surface, she takes what is handed to her, but at the first chance she gets, Nia builds her own path to freedom: a rusty old car. To put it back together and sell it will bring her the means with which she can escape to Liverpool to be with her mother.

Building the car brings her together with Aron, a boy from school, part of the group which picks on her. Turns out, he works at the scrapyard from which she steals parts and that he is not so bad after all. Merely a bystander to other people’s bullying. A temporary friendship grows between them. The film cuts just after disaster strikes. The closing shot is potent. No one says anything, but in Nia’s isolation, we see what the years ahead will carry of the past.