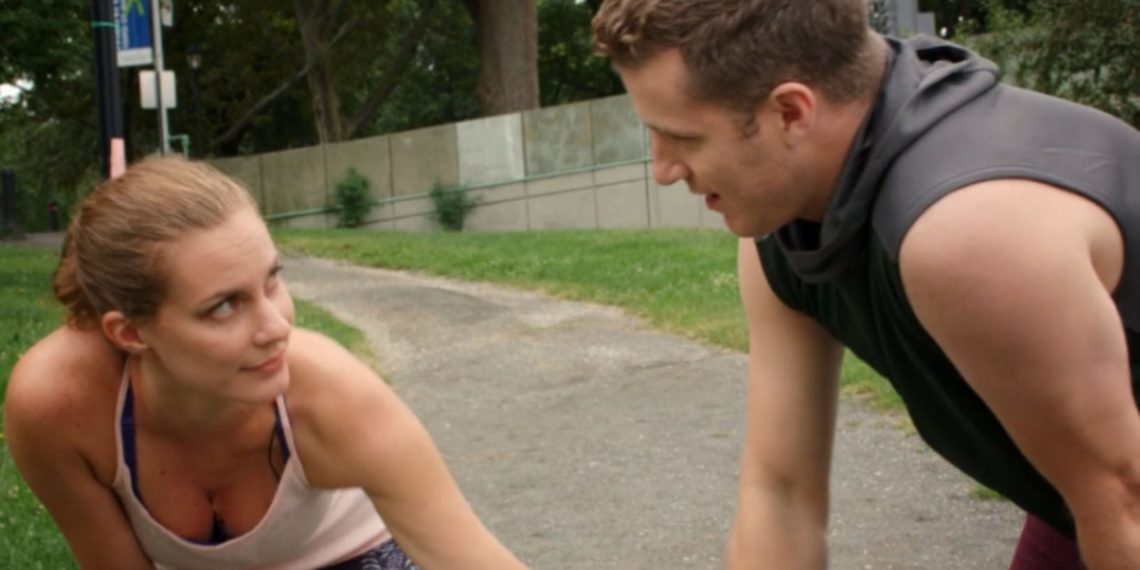 Writer Tawny Sorensen’s As One is a 14:39 minutes long film on loss, grief and the journey between the two – covered one step at a time. Sorensen who also plays one of the leads in the film picks on the cancer-genre, a sub-category that we have been well-exposed to, but what she does with it is remarkable. She lets the pain sink through every scene until we are all spent in the end. The grief hangs all along, like it would do in real life. There never is a cure pill for it and Sorensen very ably projects it.

Mike and Jill are married, most likely, quite recently. There’s a genuine warmth and unmissable affection between these two that just makes the story even more touching and heartfelt. As Jill indulges Mike in his quirky takes on love and his constant egging to her joining him for his regular runs, we see a couple, much in love, deep in their bond and waiting for a life ahead of them – that never happens. Director David Spaltro bids his time well. He takes his scenes at a steady pace, so it never feels in-your-face and yet when one of them falls ill, it hits hard. The credit for this goes collectively to the entire cast and crew, but it’s the actors who really make it believable.

Nick Dillenburg who plays Mike is infectious. His screen presence is simply brilliant. Every time he is in the frame, he owns it. Be it in his dialogue delivery or occasional outbursts into that cheeky grin or song-and-dance, he is convincing. And, only Sorensen, perhaps, could have matched him. It helps that along with playing Jill, she is the writer of the film, an added advantage that she has wonderfully used to add subtle nuances to her performances. That cancer is an emotionally draining illness needs no elaboration – a fact that both, the writer and director have ensured to not fumble with. There are very little-to-no scenes of the effects of the therapy, the staying-up-at-nights or looking after the partner. It helps when you have such convincing performances to save the audience from any further detailing, because it’s understood, it’s already known, it’s heartfelt.

Mike’s constant egging leads Jill to sport her sneakers for the run. But, with him gone, she is left with just that – an empty pair of sneakers and vacuum. When she joins the local support team of runners whose contribution aims to make the world cancer-free, we are as little convinced as she is. Sorensen is brilliant here. She shines through the scenes. Her loneliness, bitterness, the hollowness of the endeavour stays with you as you see her take one step at a time. As One doesn’t promise you any solutions. It’s not philosophical, least of all rhetorical. It’s simply a tale of an individual who finds comfort and closure to her grief through the company least expected to offer it. It’s interesting how the writer-director thought of using the very means that led to the discovery of Mike’s cancer and tragic demise as the very source of comfort and relief for Jill. It’s understandable, but not easily convincible and the film manages to do that, which in itself is a feat.

Be it Ryan Marth’s music or Charlotte Dupré’s cinematography, the film doesn’t falter in a single frame. With director David Spaltro’s editing to seamlessly synch the scenes together, the pacing is just right without dragging unnecessarily – an often-found folly in this genre. As One lets you grieve, pick-up-the-pieces and move on. As One lets you breathe and wonder what it is that might be your personal mantra to cope with loss. As One comes highly recommended!

Watch As One Short Film Trailer