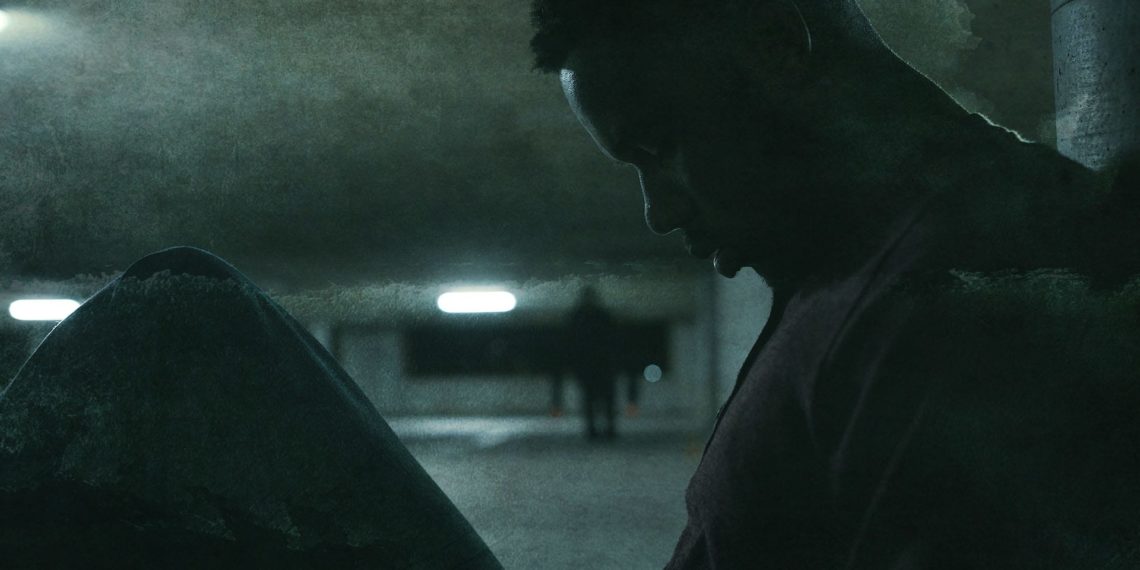 A monstrous-looking creature looms on your horizon. It won’t approach, it won’t attack– as long as you did not sit down. Stand is more anxiety-inducing than fear or horror. Writer-director Chris K. Daniels dabbles frequently in the psychological horror genre; with Stand he takes what looks like a suitable premise for another Saw movie and spins it into a tense, deathly quiet story.

Against the creature (Sunheng Tain), Daniels places a man, played by Kinson Theodoris, who can barely stand from exhaustion. Fear is short in Stand, but it is this very human limitation that makes it relatable.

The creature’s design is laudable. Despite having little to do in terms of physical action, the looming figure is terrifying and a lot of that credit goes to its unsettling appearance. Its climactic confrontation is backed by Christien Ledroit’s score, infusing the scene with potent apprehension and nervous energy.

The film suffers due to poor editing. Shots look haphazard and unvaried. Lighting often makes the colours look washed out. Since the entire action takes place in (what looks like) an underground garage, there is no scenic change, and while the creature poses a threat, it is relatively distant. Theodoris’ character shoulders the responsibility of keeping the film alive alone, and while he makes a decent turn of it, it alone is not enough. The resultant environment, although tense, is not tense enough. The threat is real, but it is not pressing enough. So, while the premise’s treatment is a refreshing change, it is a little too lacking to maintain uniform interest.