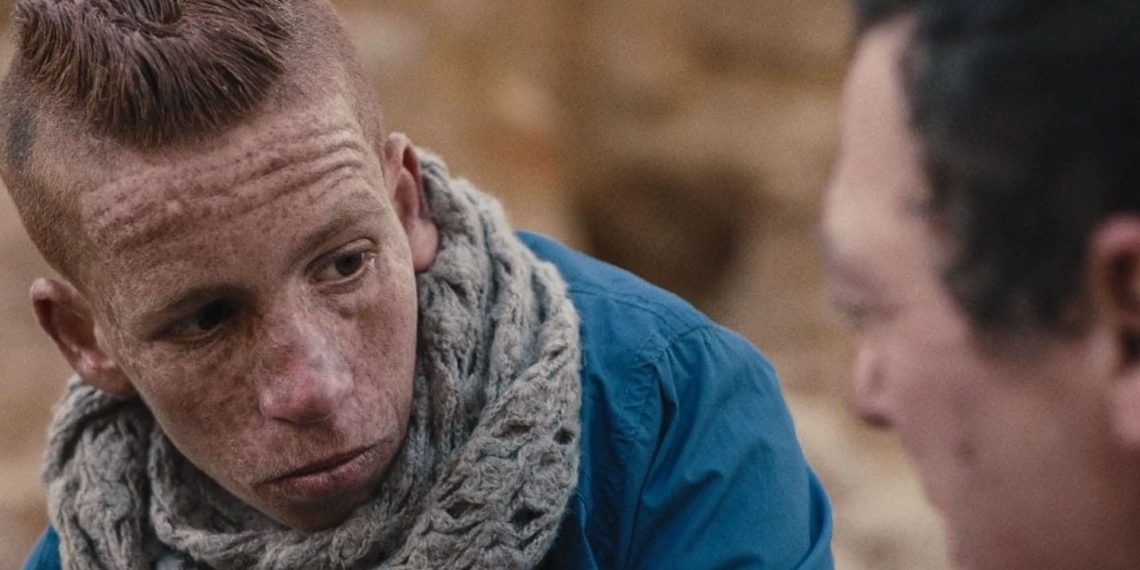 The opening shot alone is telling. A lone shepherd with the help of his barely adult son is tending to his sheep. As they run helter-skelter, father-son discover the wrath of the wolf pack. A dying sheep. Bloodied and panting. The father passes on the skill known to his son. This is an intimate portrait of a father-son bonding over shared, inherited knowledge. But Brotherhood goes beyond that. As the film progresses, director-writer Meryam Joobeur, unravels what brotherhood stands for – a deep, mysterious cult, often fragile, often frail, but always, always, prevalent to suspicion.

Joobeur’s Brotherhood is a 25:03 minutes long film on a Tunisian family that has to deal with the aftermath of their son’s return from Syria with a young, very young bride in tow. Mohamed Grayaâ plays Mohamed, the head of the family, father to his three sons (Malek Mechergui, Chaker Mechergui and Rayene Mechergui) and husband to Salha (Salha Nasraoui). The story primarily centres on his emotional and moral stand at the abandonment and return of his son. With questions on religious extremism and fidelity to one’s faith being rampant the world over, it’s interesting how Joobeur concocts this tale of a simple family with contemporary woes.

What’s fascinating about Brotherhood is the narrative opted for and the cinematography used. Largely settling for handheld camera shots, DoP Vincent Gonneville offers exquisite shots of the landscape while juxtaposing it with very restrained and nuanced lensing on the characters – almost to create an ambience of stifling existence for the characters in the vastness of their surroundings. With the mother hearing news passively, Joobeur very smartly gives a pretext to her characters’ arc. We know the backdrop, the setting and the premise, like the back of our hand by the midpoint of the storyline.

It’s interesting that Joobeur doesn’t opt for the usual grayscale that films of the similar kind generally fall into. Instead, we are vividly, explicitly shown the characters’ motivations, their weaknesses and transgressions – its what makes Brotherhood stand apart from the rest; that it takes a stand. The ensemble cast does a perfect job in bringing to screen the angst and the burden the family shares, the shame they carry and the despair and the faint hope that they live with. To credit any one actor over the rest would be unfair – to sum it up, it would be better to state that each one does justice to the character they portray regardless of the screen time allocated.

Anouk Deschênes’s editing maintains the pace of the film, although some scenes feel stretched. The out-of-focus shots used by Gonneville highlights the poignant moments of the film, like the signboard that marks the end of a jurisdiction. It’s evident and yet somehow vague. What does the prodigal son’s return represent for the family and Mohamed in particular? What price does one have to pay for going against the family’s traditions? What does religious extremism even mean? Brotherhood answers all of this and more. With Peter Venne’s music looming in the background and the broken fences on screen, the film offers not a respite but a drowning sense of angst to what the world has come to become now.

#ShortFilmReview: Brotherhood: No one should have the right to act on a judgement, not even God. Click To Tweet