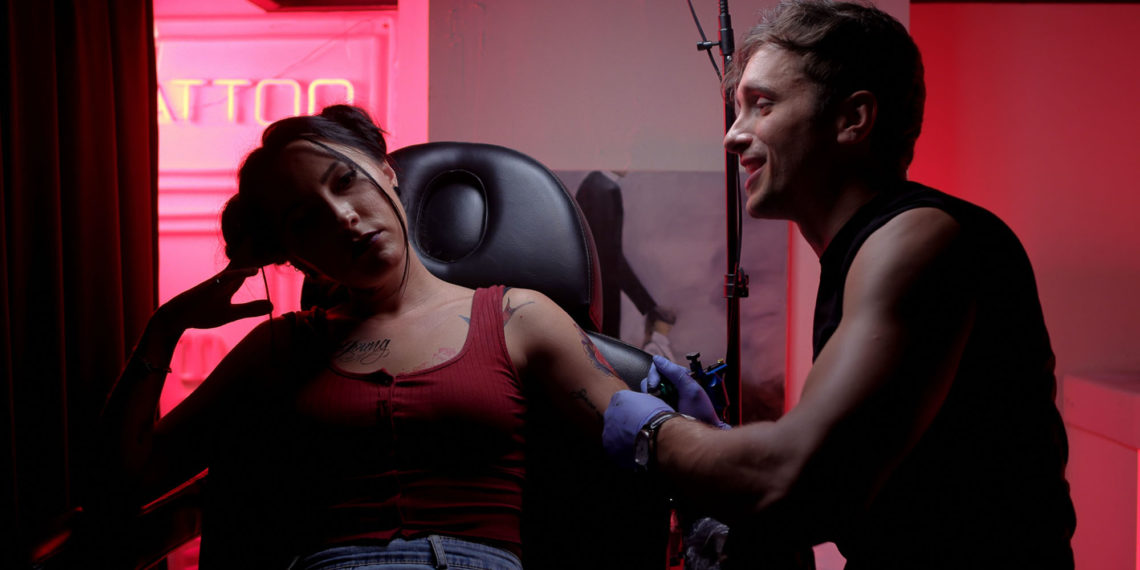 Writer Paul Deichmann’s Ostinato is a confluence of multiple genres. Is it a horror or a psychological thriller? A dark comedy or a chilling macabre? It all boils down to the viewer. But, one thing assured, in a span of 5:41 minutes, the film manages to offer something for each of its takers.

Barret Coates plays John Fields; charming, engaging and trouble. The film opens to him; his charming smile introducing the audience to his world – a seemingly harmless one, at that. Coates is nearly the perfect cast. He is coy and shy at the same time. There’s an almost, unmissable naïveté about him that warrants a certain level of protection. As he begins his day, we notice almost instantly that all is not well. The first person to wake him up, tries to suffocate him under the pillow – clearly not a great start. And, that is just the start.

It’s worth mentioning that director Luke Louh, who is also the co-writer of the script, doesn’t waste time breaking the plot. While maintaining the pace in the storyline, he straight plunges into the key elements of the films – the characters are well introduced and established, there’s a neat closure given to each one of them, regardless of their screen time and finesse to the narration.

As we see Fields being harassed at all moments of his life, it becomes clear – he isn’t safe anywhere. Be it at home or at his workplace, he is repeatedly hounded, until it’s a sinister ending he meets with. What’s particularly interesting about Ostinato is that its multi-layered, in the sense that it hosts multiple shorts within one short film. Louh engages his audience by introducing a new character within the established premise, but in a new location, in a new variant and its all believable, in entirety.

Tomohiro Go’s music only adds to the pace of the film, often erratic, often eclectic, but always in sync with its scenes, as is Anastasiia Borshchenko’s editing. To keep the film under 6 minutes and yet manage to not falter in its delivery must warrant adroitness, which the cast and crew exhibit in abundance. Both Elizabeth Marriott and Boya Zhang deserve special mention as the makeup artists who manage to convince the audience of each character’s ‘true face’.

Whether Fields remains a victim or not, whether he deserves the help or not, it is outside of Louh’s concern. He simply narrates the tale as an account, a retelling of events from history leaving it best for his audience to judge. As Alexander Kaunas’s camera moves about capturing the various expressions of our protagonist, Fields ensures until the very last shot to reserve his best. It is only then that the full extent of his mental state is revealed.

Louh and the entire cast of Ostinato manage to punch in an engaging, impactful short on a young bloke whose desperate call for help shouldn’t have gone unheard. For a film that was originally made under 48 Hour Film Project Shanghai, this feat is quite a lofty achievement for Louh!