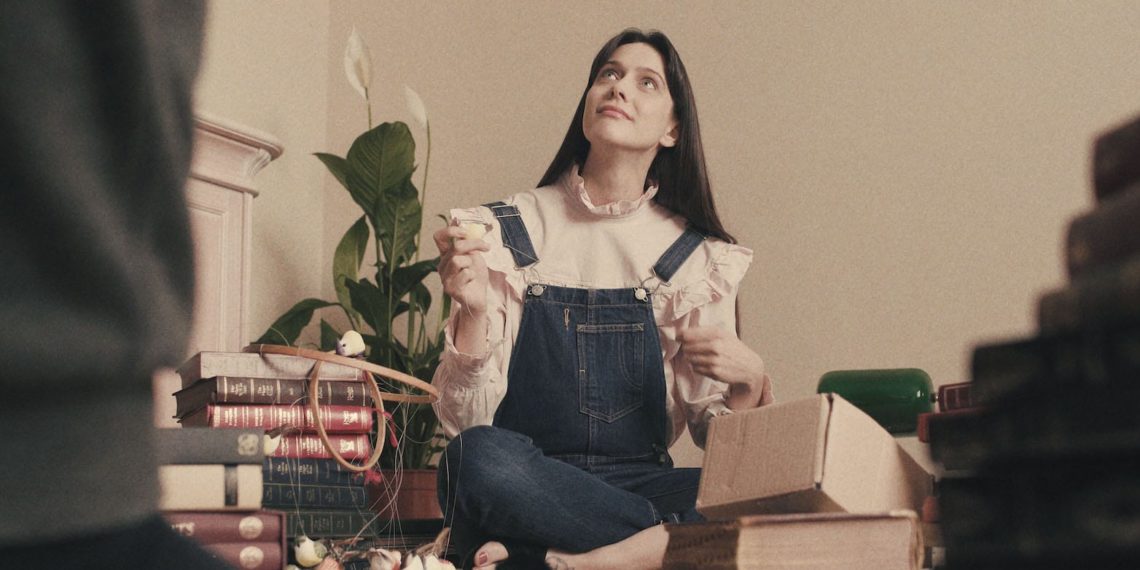 Writer-Director Edward Palmer’s Nightingale is evocative – of a sense of profound loss that cannot be expressed, but only felt. In his 9:00 minutes long film, what he does is present the lives of two individuals, parents at that, and the worst nightmare that any parents could possibly have to endure. But, with almost no dialogues and the visual tone of a nightly calm, he brings forth a strong, almost gut-wrenching outcome to that tragedy faced.

Stuart Mortimer and Sophie Hopkins play the parents. We don’t see their baby – not even once. But the presence is felt throughout; either through its wailing heard over the baby monitor or in the face of the mother as she plays peek-a-boo with her child. It is laudable on Palmer’s part to leave the narration largely untouched by excess usage of anything – be it colour, sound or dialogues. He trusts his craft enough and more importantly his audience enough to rely on their intellect to interpret and resonate with his style of filmmaking. Developed from Mortimer’s story, the short is exquisite in its style of parallel narration that leaves the audience feeling not only empathic to the members of the household, namely the parents, but also live vicariously through their grief.

What needs to be particularly appreciated in Nightingale is the editing. So seamless is the editing that the back-and-forth timeline adopted doesn’t hamper the film’s pace or impact. We see the film opt for a cyclical narrative – meaning, the end result is known and yet manages to keep the audiences engaged. That certainly would have required tremendous skill – which the entire cast and crew exhibit.

Hopkins is effective, the sombre look on her face is there to stay. A particular shot of her lying on the floor, weeping, as she clutches to herself gets to you, no matter what. The ample close-up shots pay off as well. As the camera lens lingers on her face, it is hard to remain unaffected by this family’s tragedy. Mortimer is powerful. He fills the screen space, even in his absence. Whether it’s a shot of him stomping off, that only partially films him, or his hands that resolutely touches Hopkins’s cheek to wipe off a tear, he is powerful. The last shot of him, sitting by the window and the flicker of determination in him as he shuts the window stays with you, as does the bottling-up of the grief that is so exquisitely captured in Nightingale.

Palmer uses everything to his advantage, but never indulges in it. The tone of the film is well set in terms of the sombre colour palette used as is the sparingly used music that evokes a sense of grief. With a minuscule cast and tightly bound narrative, the film surprises you with how effective it can be without having to go overboard. Nightingale is hard-hitting. With very little dialogues exchanged between the lead pair, it still manages to sing an entire saga out by itself.