Mojave Shadows: The Past Casts Shadows Even On Endless Deserts 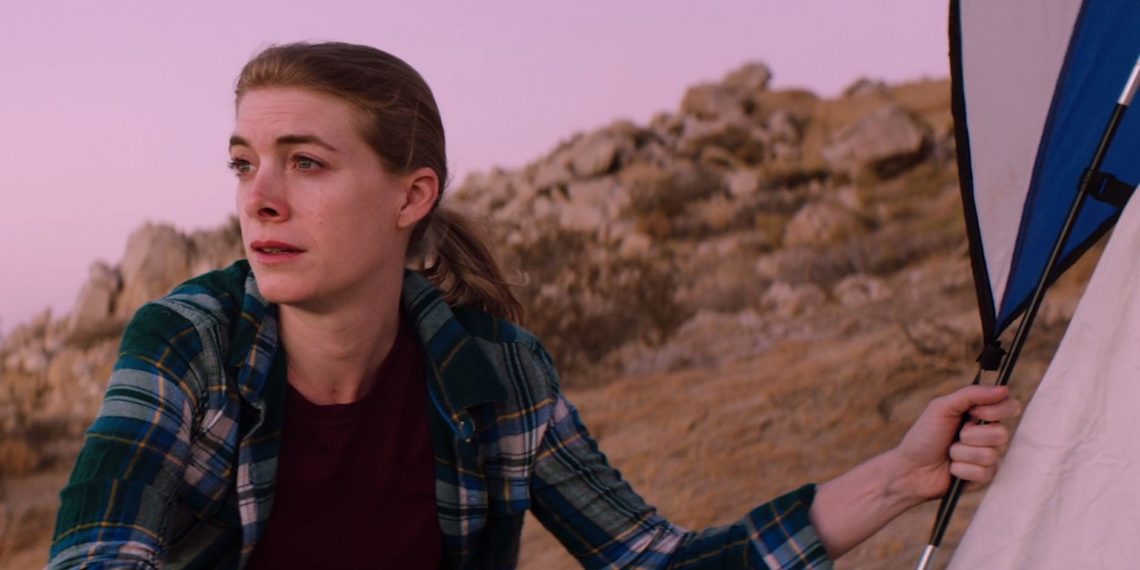 The guilt and grief that Susan daily contended with were unmistakable. After all, she had come out into the Mojave Desert to, if not forget, make peace with the grief of her little boy’s death. In Jaime Torres’ Mojave Shadows – a film that focuses on the immediacy of a rattlesnake bite– it is grief that is its overarching theme that pervades every second of the film.

Sabrina Percario, who plays Susan, brings a realistic vision to the character: grief, as consuming as it is, will not be constantly visible, instead, it comes out in bursts, often amidst our efforts to find normalcy or when we are already vulnerable. Thus, Susan, a bereaved mother, for all her self-assuredness, finds herself breaking only when other factors have weakened her.

That the other factor here is a rattlesnake in her tent, in the middle of the Mojave desert, is quite another matter. There is no one for miles, mobile network is at best weak and Susan has no antivenom kit with her. Rattlesnake bites need to be treated within the first two hours, which considerably tightens the plot tension. The only help available to her is a ranger, played by Ronan Barbour. The film goes limp from here on, never realising the potential of its premise.

The story runs for 25 minutes, and it is terribly paced. Little happens except for Susan and Ranger McConway’s phone conversations over an erratic signal. They only get to talk in bits and patches as he rushes to find her. There is a strange lack of visual tension in the story; the cinemascope aspect ratio lends the film a claustrophobic air and yet, framing is far too wide to let any real panic develop.

Given that Susan and Ranger McConway are the main and only alive characters in the plot, it leaves a bland taste to the overall film that their relationship is merely a fledgeling one and the extent of their conversation has little to keep the audience rooted. It does not help that Susan’s character is not a well developed one, keeping it limited to solely her grief. At nearly a half-hour runtime, poor character development makes itself felt rather strongly.

Ida: The Consuming World Of A Frightened Child