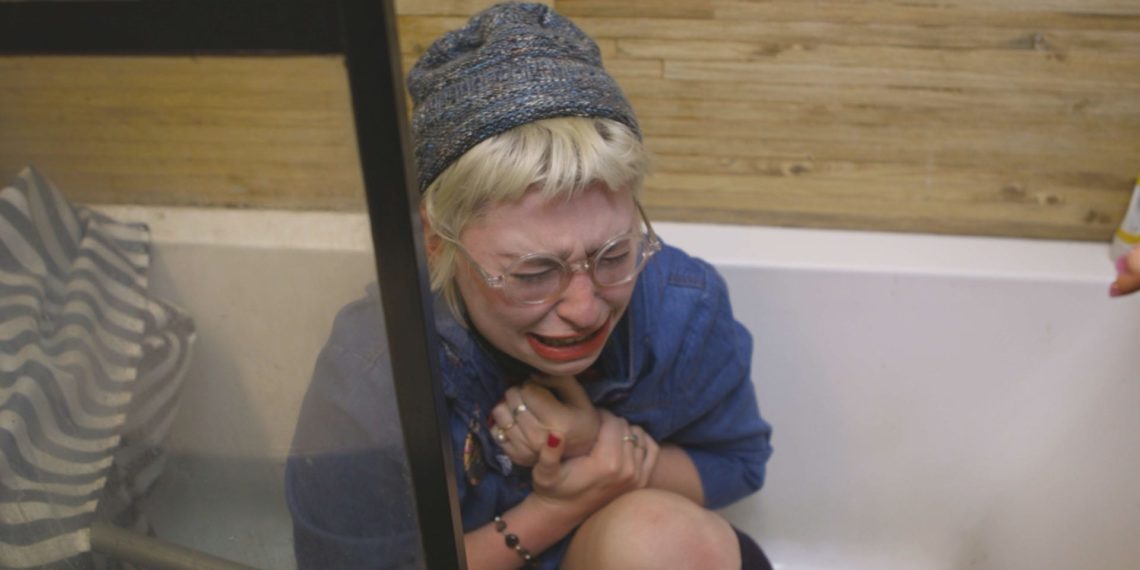 The giant personalities of pop stars and musicians in general play a large role in the establishment of their celebrity. Films that have in the past dealt with celebrities have focused greatly on this aspect of their popularity. It’s a no-brainer then that to satirise either or both of these, the personality would inevitably find itself satirised. Efrat Kariv, Eden Rubinpour and Emily Ashenden’s Hillie Boliday-The Voice Of A Jazzeration does just that and to great comedic effect. The name in itself is a sniggering laugh; the actual film proceeds to make an elaborate mockery of the peripherals of being an artist.

Following around the eponymous Hillie Boliday, rising sensation in the jazz and blues world is a cutesy, silly weeklong tour of Hillie and her life; her manager, reluctant drummer, unexpected meet-cute and all. Ashenden stars as Hillie, sings the songs and the terrible vibrato herself. The film opens with the sound of Hillie pulsating her voice to the diabolically bad tempo and it is hilarious (after a short adjustment period). By her side, is her most loyal supporter and friend, her manager Vivian (played by Rubinpour), keeping Hillie happy and healthy before their big gig less than a week away.

Auto-tune is unacceptable to Hillie and the suggestion leads to a mini-meltdown, quickly stemmed with teeth modelled candy, thanks to Vivian’s quick action. The guy at the clerk catches Hillie’s fancy and Vivian, the ultimate mother-BFF combo, scores her the guy’s number.

The lion’s share of the responsibility of keeping the humour alive falls on Ashenden’s over-the-top woman-child and she delivers with the same effortlessly carefree flourish as of her vibrato.

This fun, goofy mockumentary is ultimately about Hillie and Vivian’s steadfast friendship, where perhaps far too often, Vivian has to play mother to Hillie and the many swings in her mood.

The magnitude of Hillie’s fame and popularity makes for another joke that nonchalantly pops up throughout the film, culminating in her big gig. Dan, the handsome candy guy, does not show up for the event. Faithfully, Hillie falls to pieces in front of the audience. Vivian, always the omnipresent mother, holds her hand through it all.

#ShortFilmReview: Hillie Boliday – The Voice Of A Jazzeration: Behind every mega personality is a parenting manager. Click To Tweet

Watch Hillie Boliday – The Voice Of A Jazzeration Short Film