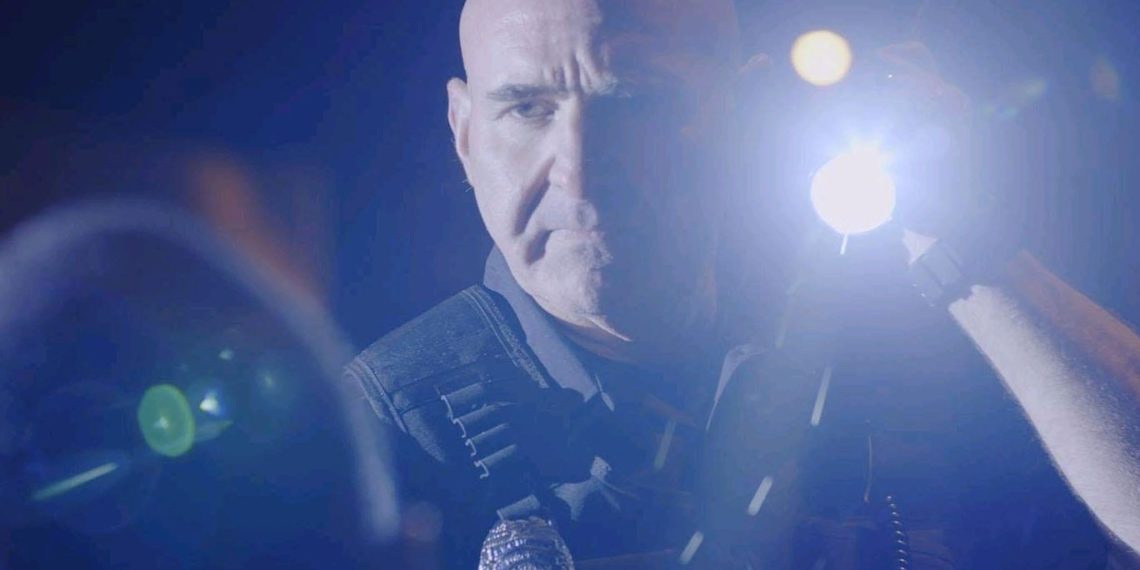 Police violence against people of colour. Edward Goree’s Guilty Until Proven Innocent says it all in its title. That black people, people of colour, are treated with a different set of standards by far too many institutions– the police one of the primary ones; one you might have to face at any point in the day, at any place.

Anger is a chief component of the story. The eye of the storm, Eli, facing almost certain death for killing a cop, seethes with rage at the discrimination, at the automatic assumption of guilt and the grave consequences that those assumptions spell for him.

The rage is righteous, but the story poorly told, wobbling under the weight of a screenplay that is varyingly predictable, ineffective and tired. Opposite to Eli is his defender, Chris, far too young, inexperienced and nervous to be compelling or a worthy opposing force. Chris is white, a stand-in for the naysayers and apologisers. He is not an out-and-out bigot, merely an inexperienced and unaware lawyer assigned to Eli. Charles Fowler, who plays Chris, comes off a bit too green and plays the character with such a frustrating weakness that, while he is not an interesting enough opponent, is barely even a proper ally. Instead, we get a simpering clueless character who has no business to be given focus in a film with limited runtime.

Samuel Umoh’s Eli initially has a few strong lines peppered here and there but it soon runs out; the remainder of his dialogues are predictable. Umoh makes the best of them, but without the essential substance, they fall flat.

Goree’s screenplay certainly does not help. As the film progresses, the fault shifts from a weak screenplay to an unfocused one. The story transitions from a question of justice to Chris’ coming-of-age; the prosecutor on one side, egging him to make Eli plead guilty and Eli on the other hand, delivering the kind of monologues that transform him to mentor and Chris to mentee. An obtuse will-he-or-won’t-he where another man’s life hangs in the balance can safely be said to have missed the mark by a wide shot.