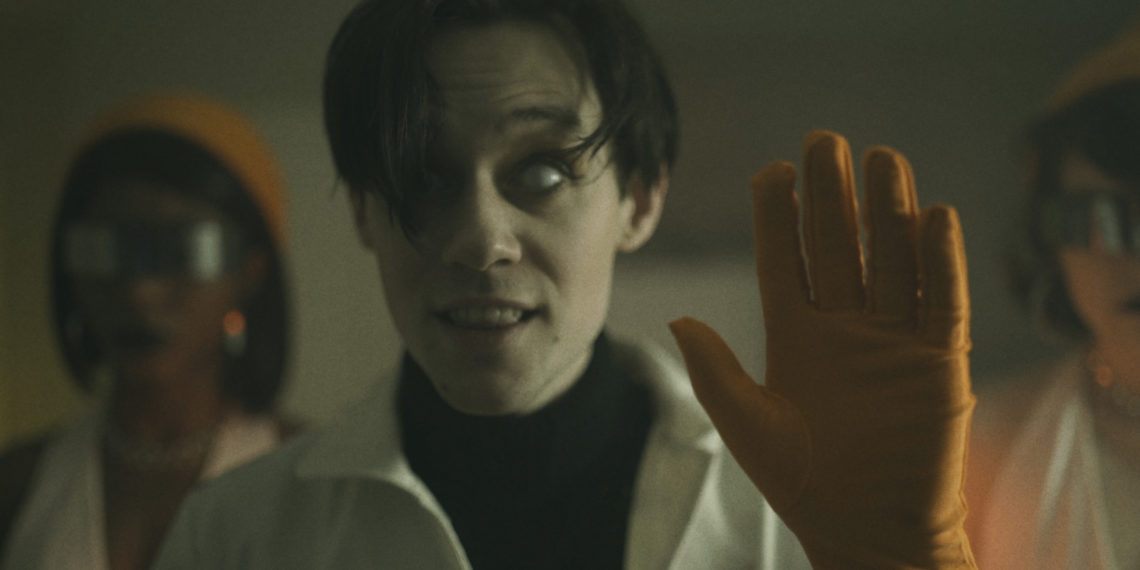 Director Chris K. Daniels’s Adrian needs help. His self-styled conspiracy theory spells trouble, like all other conspiracy theories. In his head, he is under threat – from an evil trio simply known as the ‘The Dark Triad’. We don’t know their backstory or Adrian’s. But what’s unique about Squeeze Toy is its narration style. Opting for a blend between the graphic novels and dark thrillers, Daniels’s direction captures both, the frightening despair of the victim and the chilling outcome of a mind lost.

Adrian played by Christian Tabb is convincing. He is lost, in every way a person can be. As he mouths his dialogues, breaking the fourth wall, he speaks directly with his audience. The hazy orange screen filter used (albeit excessively) adds the necessary otherworldly touch to the scenes. Almost luring in the audience into his world of utter disbelief and entrapment, Adrian gives a tour of his mind where he is being chased by a facinorous group. Halloran (Samuel Caswell), as Adrian calls him, seems like the mastermind. Even with limited to no dialogues, the character seems menacing thanks to the brilliant makeup and background score used (Thomas Nielsen). As Adrian tries outwitting them, we see the full extent of his downfall as he runs across hallways that almost seem like a labyrinth – a brilliant concept considering how it almost reflects his maze-like mind’s working.

At 8:05 minutes, the film is certainly short to have left a desirable impact. Considering most of the film’s narrative falls squarely on Tabb’s shoulders, it is indeed commendable that he manages to portray the character with enough conviction to want to empathize with him. Granted that had it stretched any longer it would have seemed annoying, but since the entire film’s build-up was designed for the colossal confrontation, it was a tad bit disappointing to have that be brought down by several notches.

With Jaryd Massaro’s able cinematography and Daniels’s editing, the film sticks to its timeline. As the cyclic narrative brings us back to the opening scene of the mysterious woman (Aruna Evan) screaming for help, we certainly reach a conclusion, although it isn’t cathartic. To not divulge any further details on the characters’ portrayal, it would be best, to sum up, Squeeze Toy as an interesting take on a person’s mental state – and one that desperately needs help at that.