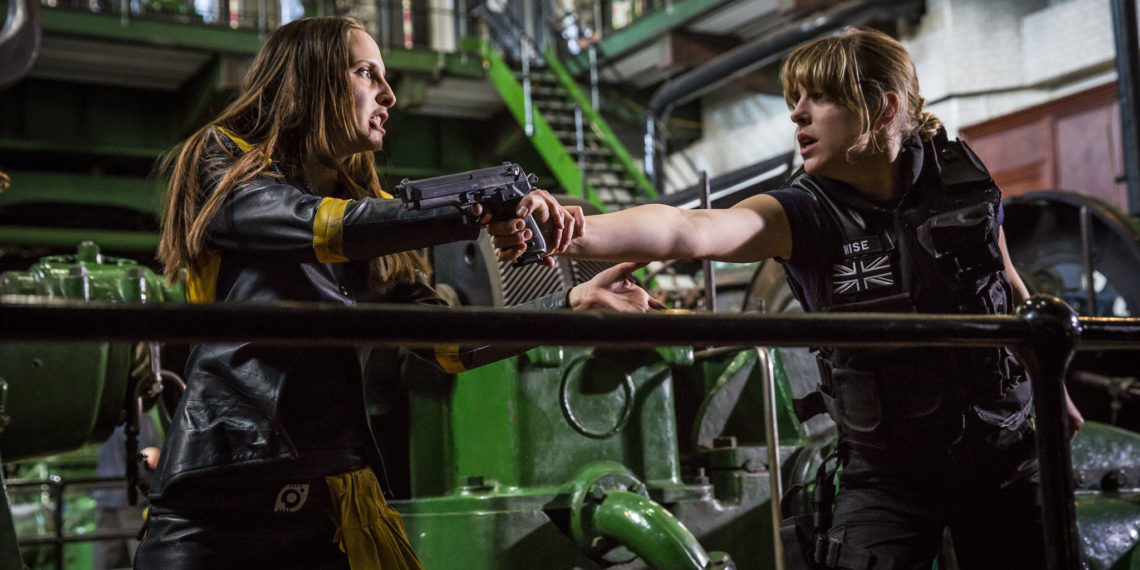 Mark Owen’s Rueful Warrior is almost all action. An action-drama about an alien soldier’s quest for water tells its entire story with an ongoing fight throughout. The premise is accessible and intriguing. And for the most part, the film holds up.

Michelle Fahrenheim plays Yalalia, the protagonist and only soldier that we meet of the many that were sent to Earth with the singular aim of finding water. The film opens with an already quite banged up Yalalia, dragging herself to continue on the mission irrespective of her state. This becomes a theme. There are opposing soldiers, many of them, on her tail. All aggressive and bloodthirsty. On the other hand, Yalalia does not want to fight, let alone kill. And yet, she is forced to defend herself as soldiers swarm her like stubborn bugs. All of this works well for the viewer until it comes to a silent fight sequence played out to the film’s score. Things become rather awkward at this point, and it does not end for quite some time. It is also rather awkward when Yalalia sustains two gunshot wounds but her clothes do not bear evidence of either, and neither do her subsequent movements until it’s nearly the end of the 15-minute film. Her opponent too sustains one gunshot wound and he is unrealistically fine, even if Yalalia’s state can be explained away by alien species magical powers.

Fahrenheim herself is striking in both portraying emotion and executing action. The quieter moments in the film, few though they are, belong entirely to Fahrenheim, although there’s a case to be made for contrived emotion and reconciliation (of sorts) on the plot’s part. The quality of camerawork fluctuates through the film; at times, the camera is right where it needs to be and then, all sense of motivated visuals are lost and we are left with awkward close-ups. The production design is nevertheless well-developed and authentic. The extended fight takes place in several locations within a factory-like location as Yalalia relentlessly pursues her mission, at great personal cost and yet never letting go of her principles.

A particular underwater fight sequence provides captivating visuals, gracefully holding up and portraying the power and impact of the very thing that sent guns firing. The irony of people losing their lives both in and because of its absence as well as presence is played up with beautiful precision.