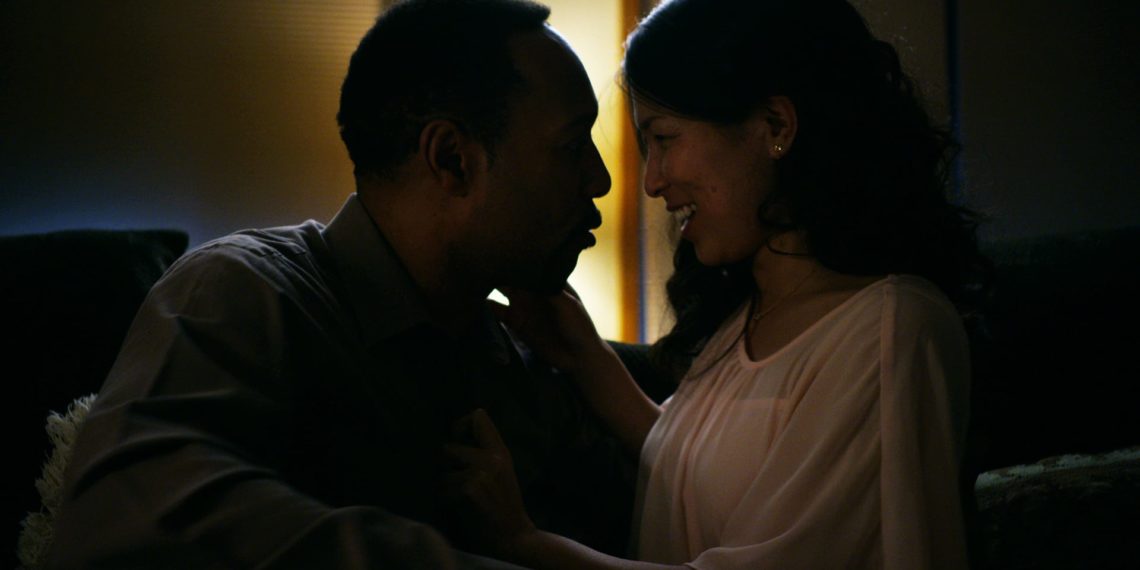 Jim is on his best behaviour. A date night at a restaurant well recommended and in the company of a woman who is clearly impressed with him. What could possibly go wrong? Not much, one might think, except that our character manages to put not only his foot into his mouth but also make a feast of it. Director-Writer Mark Daniel Cade’s Nice Guy 9:47 minutes long film is a rom-com on a simple guy whose efforts to simplify his life leads to hilarious complications.

Mark Daniel Cade who also plays the lead is disarmingly charming. From the effortless delivery in his dialogues to his cheeky expressions, he is convincing. It’s easy to believe if the women (and men) fall for him with even their shortest interaction. But all it takes for him to ruin a perfectly going date is to over analyse and unnecessarily complicate the situation. You see, Jim, in his effort to be a ‘nice guy’ ends up pushing all limits of common sense and spontaneity. And although his intentions are good, the approach is outright ridiculous and the end result, predictably futile.

Cade does a wonderful job as a writer. Not only are the dialogues witty, and peppered with sufficient drama for each character, they easily help carry the story forward. We see Jim progress from one disastrous date night to another, careful to not repeat his mistakes, but too careful to not create newer ones. The editing which is the highlight of the film ensures that the transition between the characters and the scenes isn’t jarring to the eyes – in fact, it is done so ingeniously that it adds a fine touch of humour to the narration (case in point, the feeble protests to not go clubbing superimposed with the next shot at the club).

Antoni M. March’s music is peppy, buoyant and constant like the solid female character Tina played by a talented Maureen Toth. She not only ensures to not reduce Jim’s character into a caricature (the credit squarely falls on the writing and acting) but also steers the narrative at the appropriate occasions. What could have worked better, however, would have been the moment Jim’s character hits his epiphany. For a moment whose build-up took the most time, the scene hardly lasted long enough to leave an impact. Nevertheless, Cade’s acting (until the very last scene) sustains the believability.

Fortunately, A Nice Guy isn’t preachy. It leaves it to a dialogue-less scene to do the most talking. It isn’t philosophical either, in fact, it’s a simple story, with a simple message. Watch it just as it is, without complicating it as Jim would have!