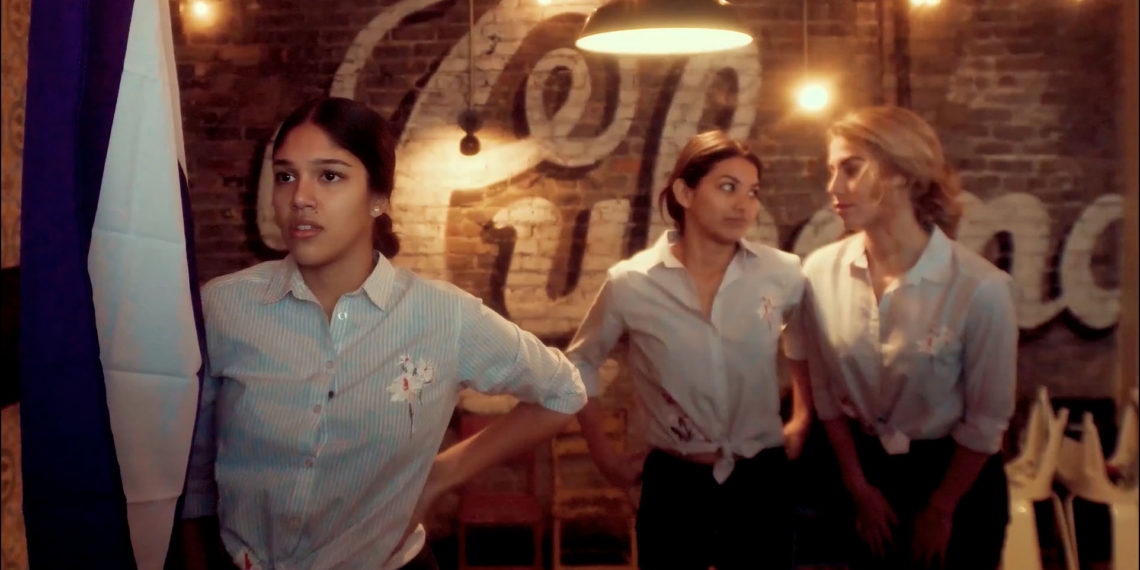 There is something very compelling about Ron Dias’ Mariposa. At the heart of it are two young girls, still in their teens, who struggle every day in their stiflingly oppressive Cuban life.

Based on a true story, the film derives its title from the protagonist, Mia ‘Mariposa’ (Yana Gold) named so by her mother, meaning butterfly. There is a stark difference in tone between the outside, surface life of Cuba: dazzling blue skies, tourists and the wide-open sea for them; and its dark innards: dingy rooms, sweaty workers and bleak prospects. The girls–they work in hotels–find joy in things left behind by tourists, including used toothbrushes.

In the Cuba Mia describes, lots of people escape the oppression on boats, and lots of people die doing it. And yet, both to escape the poor quality of life and for the sake of her friend, Rosa (whom Mia’s cousin threatens to push into prostitution as payment of past debts), Mia resolves to flee with her boyfriend (Humberto Zamora) and Rosa (Bianca Nugara). There is an irresistible, restless sort of energy to Mariposa, which can be attributed to its haphazard camera movements and editing. It is not perfect, but much of it works in the film’s favour.

Soon after the decision is made, a boat is built out of sea scrap and the three set out. Day one, sunny skies and friendly dolphins. Day twelve, shark scare. Day fifteen, a storm. The turmoil is impressively executed, although cinematography issues persist. There is no real sensuality to the film and yet, every now and then–this time during the storm–there is a peculiarly sensual focus on Mia. Besides, interior scenes have lighting and colour grading issues. Mariposa’s score, on the other hand, is richly composed (Dias’ work) and changes the film for the better.

There exists a strong dynamic of sisterhood and friendship between Mia and Rosa– the film uses multiple scenes to build it up and layer it, and although it is predictable, Mariposa skirts the cookie-cutter pitfalls with the relationship. Instead, it is warm and believable.

Dias’ migration drama packs punch, and with better production, Mariposa had the potential to be profoundly affecting. It nevertheless offers yet more insight into a way of life that too many of us might be unaware of.