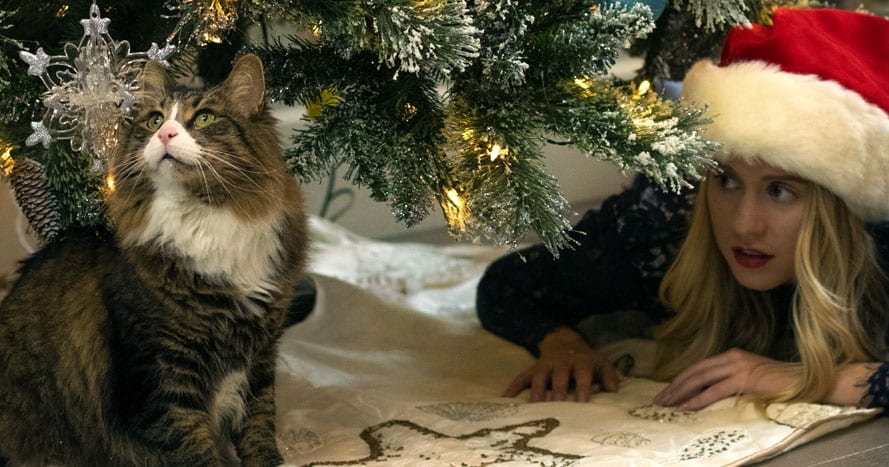 Directed by Niki Wipf, Alone On Christmas is a story of two roommates, one of whom is adamant to turn the other’s merry Christmas into a not-so-merry one. Hilariously delivered through tongue-in-cheek humour and witty repartees, the film at 16:18 minutes is fun and an engaging entertainer.

Wipf plays Blake, recently dumped and still in mourning over the dead relation. In the three weeks since the tragedy, her roommate, Karly (Ely Jackson) has had enough. Blake and Karly share a wonderful equation, and the chemistry between the two is palpable. So legit is their bond that it would hardly seem surprising if indeed they were roommates in real life as well. Jackson is particularly engaging. With her quick comebacks and easy-to-like demeanour, she lifts the story from an otherwise melancholia it borders on. As Blake shuffles through the vestiges of her dead relationship, her ex calls. And, just in time, our saviour, Karly steps in to save the day and script.

Alone On Christmas is deceptively brilliant. Under the pretext of its humourous one-liners, what it actually does is address the elephant in the room. Not everyone’s Christmas is snowy and merry. But, the pressures of society’s traditions are hard to overlook. That having said, Wipf ensures that her short is nowhere close to being a preachy rhetoric. When Blake attempts to get back with her ex, Karly (we all need a friend like her, BTW!) drills the sense back into her and in comes a pet, a furry little one to give Blake company this season.

When Yandy Liu’s camera lurks around in the house, we see the girls in their pyjamas, one with her mascara smeared and the other ready to wear one for the night. As Karly drags Blake out for the night, she introduces her to her friend – and although expectedly clichéd, the pair hit it off instantly only to leave it right there. Wipf knows her craft well. She doesn’t linger unnecessarily, either with shots nor characters. When we see the ex (Gavin, played by Taylor Kare) return, it is not as dramatic as one might expect. It’s just right, both in screen-time and character arc.

What Alone On Christmas could have done better with is perhaps its background score. Not that it’s in lacking, but perhaps a little more care to its implementation would have given the film its perfect finesse. But to give credit where its due, Moheb Jindran’s editing sews the scenes together, maintaining the pace and the storyline of the film. Special mention to the casting department, for each actor, be it the shelter worker Emma (Kalyn Miles) or the adorable friend at the club (Dan played J.J. Webb) are just perfect. There’s not a scene that goes waste, nor a dialogue that doesn’t draw the desired effect.

Written by Cassandra Virtue and Niki Wipf (story), the film’s greatest strength lies in its screenplay. Never has humour worked to such an advantage to a script. Add to that a stellar cast like this one, and your Christmas couldn’t have warranted a better entertainer!

Little Sicily: A Slice Of An Italian Family Drama