Little Sicily: A Slice Of An Italian Family Drama 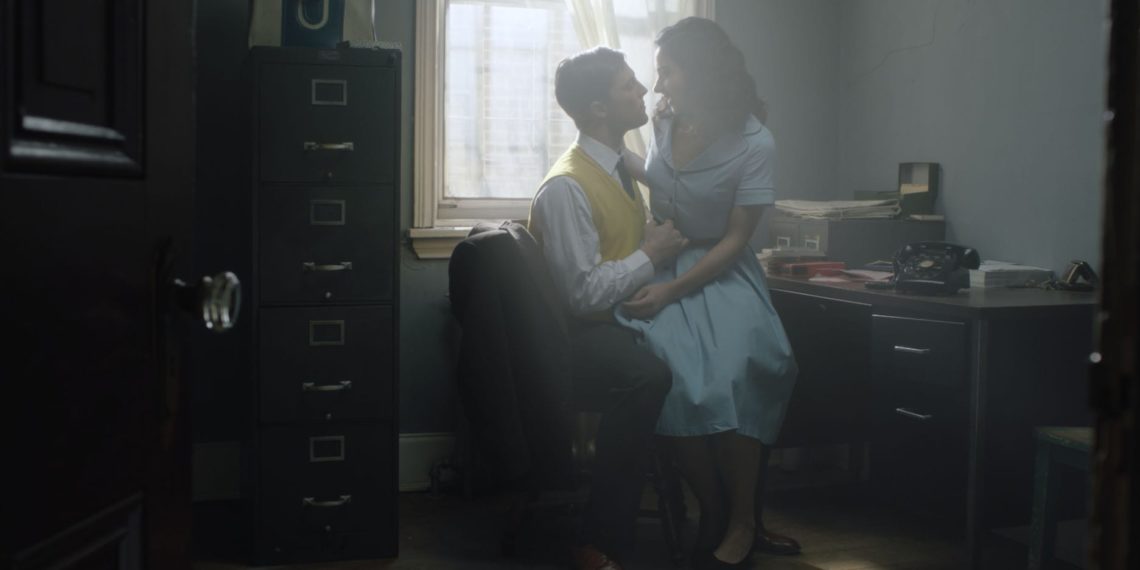 Writer-Director Nina Juliano’s Little Sicily is what you can expect to happen in any Italian household – lots of passionate arguing, intense drama and deep bonds of familial love. That she has succeeded to translate it to on-screen squarely falls on two things, the brilliant costume and set design is another matter.

Set in the 50s’, Delaware, Little Sicily is the story of Vivianna (Nicole Masterson) a teenager and a daughter to an immigrant family. The story centres on her decisions and the limitations of her choices considering the time, the society and more importantly her conservative Sicilian family. Although Vivi (as her sole confidante and sister calls her), remains the protagonist to our 15:01 minutes long story, Juliano carefully adds characters to her plot to fully outline what it means to be Sicilian, in flesh and thought.

Little things like the anecdotes shared around the dinner table, or the women sitting across the store commenting on the Americans, although seem as clichéd structures to drive the point home, Juliano manages to set the theme straight, right from the opening scene. We see Vivi and her ongoing liaison with the store’s owner, a married man, much older to her. Thompson Newkirk who plays him makes Daniel seem charming, adding just the required hint of malice to his demeanour. So, when he smiles, you know there’s more to that glean than just abject charm.

When their affair gets close to breaking its clandestine existence, that’s when our story begins to take its full form. Juliano bids her time well to build the atmosphere. We see what’s it like to be a part of the Paolo (Davide Petrillo) household. Petrillo, who plays the father to his teenage girls, remains the clichéd head of the family. But it’s in the scenes where he is a mere observant that one gets to see the angst, the heated temperament that sets the tone of the film. We know there are no rooms for mistakes in this household. As the grandmother sits giving sermons to the girls on how they need to guard themselves against boys and honour the family name, we dread for Vivi as she hides her growing shame.

Amongst all the narration and characters’ overflow, what ebbs and flows is the acting. While the actors are spot on with their accent and mannerisms, they stop short of bringing the characters to life, seeming more like an independent act that somehow fails when put together. Having said that, Ava Marie Carmichael’s costume design and Michael Murray’s production design brings Little Sicily to life. Not faltering even for a moment, it just takes one scene for the viewer to be convinced of the setting of the film.

Not wanting to give away any spoilers, the film heads for a delicious turn of events when Daniel’s wife turns up at the store giving away hints of their marriage (you’d be surprised at how wrong you’d be proven at predicting the film’s climax). Amongst all this, the one whose performance shines through the most is Ilaria Malvezzi, who plays the mother. Her every quiver, silent tear speaks for the burning angst every mother bears.

Little Sicily has the potential for a dramatic series or even a feature. With plenty of characters to play with and a delectable plotline, the film has a lot to offer. But in the given runtime, Juliano does her best to offer a slice of vengeance, passion and drama – all the ingredients of a stellar period film worth one’s time.