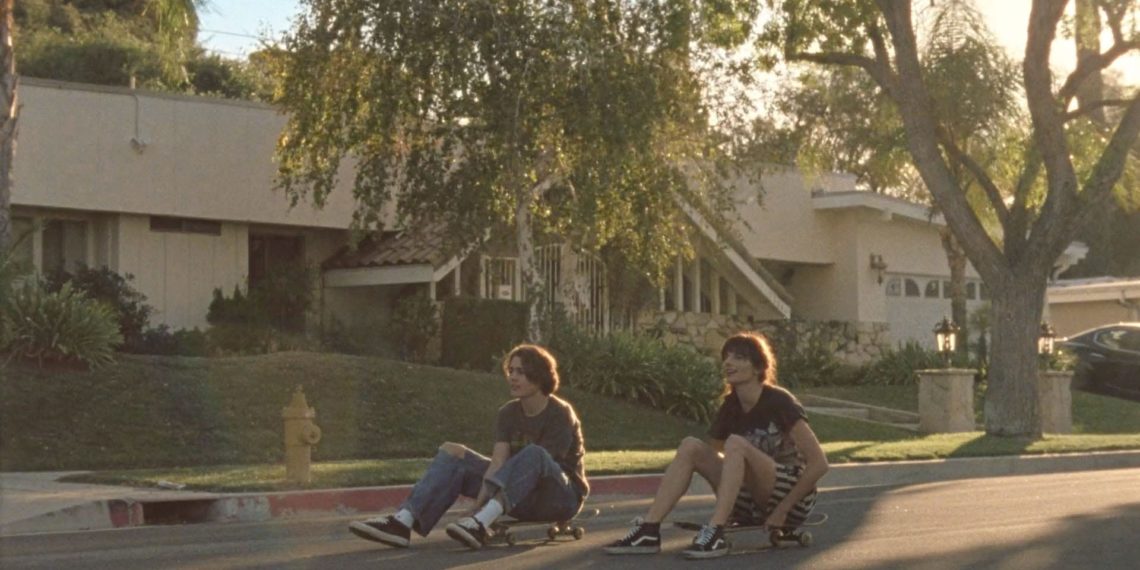 Prepare for pain. Before you begin to watch writer-director Bloom’s A Light Once There, prepare yourself, because if you are lucky, you will get away with simply being heartbroken. The more gruesome effect of watching the film might be to have past trauma triggered. And not only because this is a story of a mass shooter, but because it chronicles the struggle and violence that came before the character ever picked up a gun.

This is the story of a recently turned motherless teenager, Cole (Diego Josef) and his older sister, Hope (Kendal Rae). the film cuts back and forth between Cole in jail and glimpses of the events that led up to it: Hope leaves home, their mother is dead, Cole is beaten up at school which leads to a painful breakdown at home, as Cole struggles to regain composure while Hope contends with her new role as guardian and substitute mother. Cole rapidly deteriorates hereon, and it does not take long for him to dissociate from himself and reality, and kill multiple innocent people.

The present-day scene between brother and sister at the jail is incredibly powerful– rarely has a scene hit so hard– and the lion’s share of the credit goes to Rae; she displays staggering range, taking Bloom’s dialogues (themselves stellar) and spitting them out with a passion. Josef himself is impactful, but pales in comparison to his co-star.

Craig Harmer helms the film’s cinematography, going for a grainy, vintage look. It works perfectly well for the flashback portion of the film. Warm, grainy, memory-like. For the present, it functions to make the situation feel heavier, and like a memory still; as though what had to happen has already happened.

A Light Once There comes with a companion film, Hope, that focuses more on Hope, as a deeper look to understand the complex relationship she shares with her brother; while that has a heavier score, A Light Once There’s score is appropriately lighter, for this is only a glimpse that poses the question: why, why did Cole shoot and kill so many people? Where did Hope go wrong? Hope answers it.

Watch A Light Once There Short Film Trailer