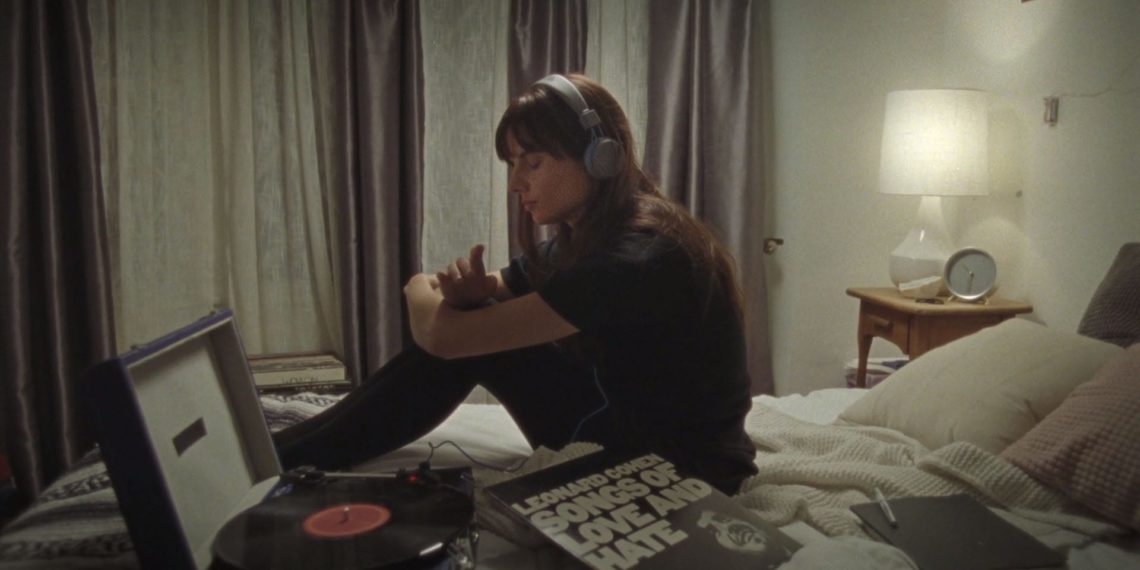 If Bloom’s A Light Once There touched on Cole’s acts, its sister film Hope delves into it further with the main aim of looking at the incident from Hope’s point of view, Cole’s sister. Hope is not a sequel, but a more elaborate answer to why what happened did.

It uses a lot of footage from A Light Once There (ALOT) which helps make sense of the whole tragedy, and very cleverly subverts the possibility of feeling repetitive. Hope opens on one of the lightest scenes in the story– brother and sister reminiscing about their younger days and luging before Hope moves out. The scene is shot beautifully: a preserved, nostalgic memory of growing up in the suburbs. It then moves on to another scene of preparation for Hope (Kendal Rae) moving out, then blending into the story of how they lost their mother: how Cole (Diego Josef) isolated himself during a picnic after a fight, their mother (Brynn Horrocks) having a heart attack while despairing on the pitfall laden path of raising children. And how afterwards, Hope could barely hold herself up while Cole could not express his grief openly. All the actors are brilliantly authentic, the music only adding to the spell that the film’s craft casts. The film then inserts scenes from ALOT to draw a more detailed picture. The rest of Hope sees Hope grown up, moving on with her life while Cole struggles to find peace. It beautifully intercuts with scenes from ALOT, as well as creating a parallel narrative for the two characters.

The whole of the film has a sense of impending doom, a growing dread of something ominous, even if (or especially because) the end is known to the viewer. The film stays true to its name, however, and ends on a hopeful note, once again bringing in scenes from the past, whether it’s of Cole and Hope, or of Hope and their mother. When at last Hope lays down something of a tribute, in the hope of finding peace for both herself and her brother, the story is set to rest too. In the end, we know what happened, and how it happened, and what it meant for two characters who found themselves separated and brought back together by tragedies.

Neither A Light Once There nor Hope focuses very deeply on the victims of the shooting, although they are the driving force for the first film and the weight hanging heavy on the characters in the second; instead the films can once again function as answers for victims, as a way to understand the sudden, senseless devastation that strikes so often and without warning today.

Silhouette: A Woman’s Challenging Journey To Accepting Herself

Silhouette: A Woman's Challenging Journey To Accepting Herself