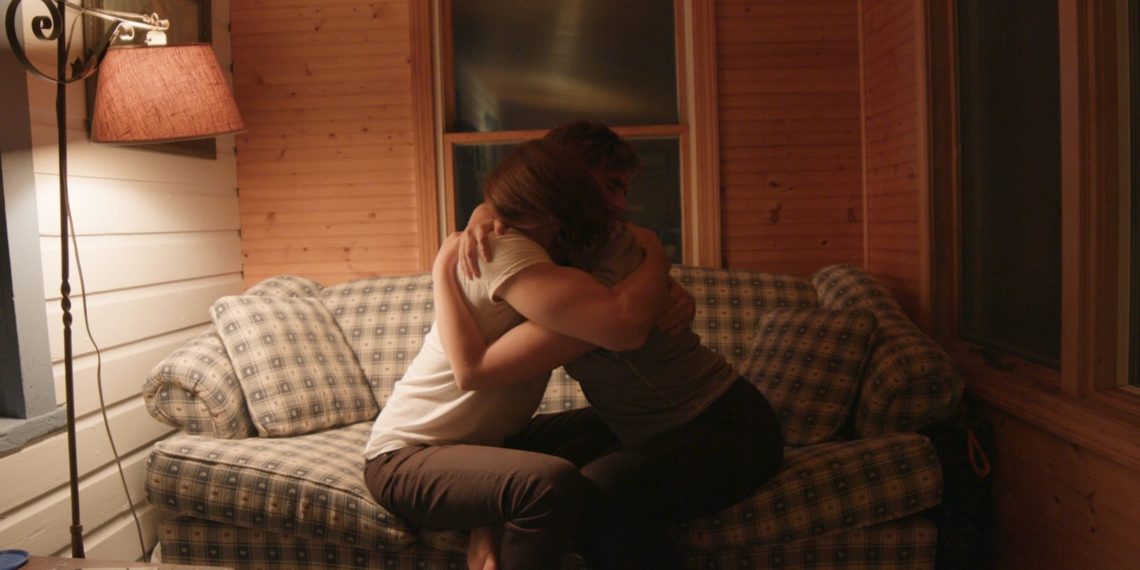 Windblown starts off with great promise. Things go badly when a grieving young woman visits her New England cottage after losing her brother. The premise is intriguing, but Katie Vincent as the lead actress is heartbreaking. Vincent has also written the screenplay and co-directed the film with Usher Morgan. Her performance in the first half of Windblown leaves the viewer feeling rather raw, so intense are her turns.

The film opens on Beth’s brother’s funeral. Beth, numb with grief, asks her mother to let her use their cottage for a few days. Between the two of them, Beth is visibly more affected. One night, soon after she does arrive at the beachside cottage, a familiar song plays through the house. It’s her dead brother (played by Jacob A. Ware), only very much alive and happy to see her. Vincent shines in this scene. She goes through all the stages from shock to acceptance that Billy might just be alive, even though they buried her only a few days ago. The performance is authentic and emotive. Ware is well cast; although he is sufficiently warm, he manages to come across as just so slightly eerie. Initially the film is excellent, hands down. But as it progresses— specifically after Beth’s mother arrives at the cottage— Vincent loses her grip on the character. The film itself trips on its feet; even if the sinister turn of the hallucinated/ghost brother plotline works thematically, its presentation leaves something to be desired.

Morgan also serves as the cinematographer and uses lots of close-ups and a chiefly blue colour scheme to convey Beth’s alternatively deadening and frantic grief. The only times warm colours creep into the film are when Beth is actively happy with Billy, or to hone in on it, when she is both happy and feels safe. Despite Windblown’s shortcomings, this is a film that observes grief in a visceral way; everything it portrays is both authentic and in a way, exhilarating.