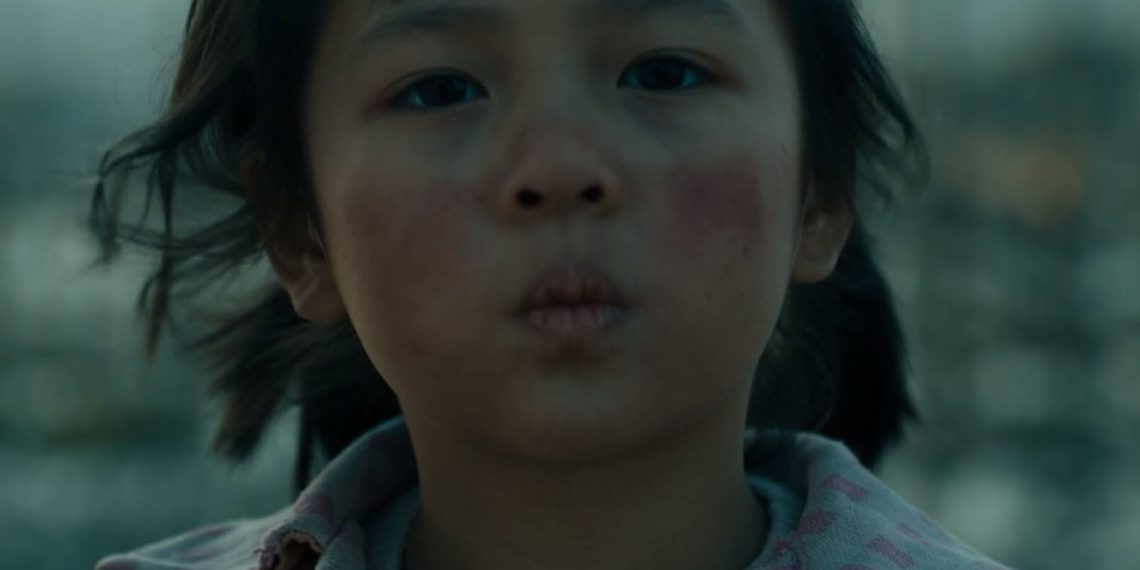 There is a stillness that pervades Yuchao Feng’s Pearl like a fog. If you look through it, there is great turmoil underneath. And yet, Lin and Wang regularly turn it over its head like child’s play, while their mother looms large over them like the epitome of that chaos-laden still.

Living in a remote fishing village in China, Lin (Yating Cao) and Wang (Menghua Zhong) are not old enough to have left behind baby eyes. In 13 minutes, writer-director Feng weaves a profound tale of poverty and lessons far too big to hold in little hands. The film opens with a striking close up of Lin, alone, against the backdrop of a grey river, her brother, off-screen, asking about a boat. Games give way to a little scuffle between the siblings and they run back home. Night ensues, Lin makes dinner while Wang doodles in his book.

Their mother returns home from work, silent and weighed down by her burdens. A visitor’s conversation brings ominous words, which may not make sense to the children but are heavy with implications. The next morning, she takes Lin to work, trying to teach her how to shuck oysters. It is a striking sight, little Lin among older women, all in pursuit of the same needs, even if Lin is as yet unaware of the toil that awaits.

There is a grandness about Feng’s vision, that makes desolation sometimes look like a kingdom and crushing life, like regality. Lu Liu as the mother infuses her character with both steely dignity and desperation. Cinematographer Lasse Ulvedal Tolbøll uses a cloudy grey colour scheme to bring the plot’s tone to life. Everything is touched by the gloom of grey, even the pinks, even the warm fires. The sky and water are grey. The land dividing them is grey-green. There is more shadow than there is light, and more oysters than you can count (yet only three fish for the family, of which Lin gives her share to her Nanna). Pearl’s score is a visceral thing, sometimes weary, sometimes frantic. Editing staggeringly juxtaposes it with the visuals, best demonstrated in that last, brutal scene: the feverish rhythm stops abruptly just as realisation sets in.

The metaphorical pearl, in pursuit of which their mother leaves the desolate, oyster-drenched village behind, comes at a steep price. As Lin watches a boat move away from the harbour, it mirrors the opening scene, except now she is a speck in the landscape.