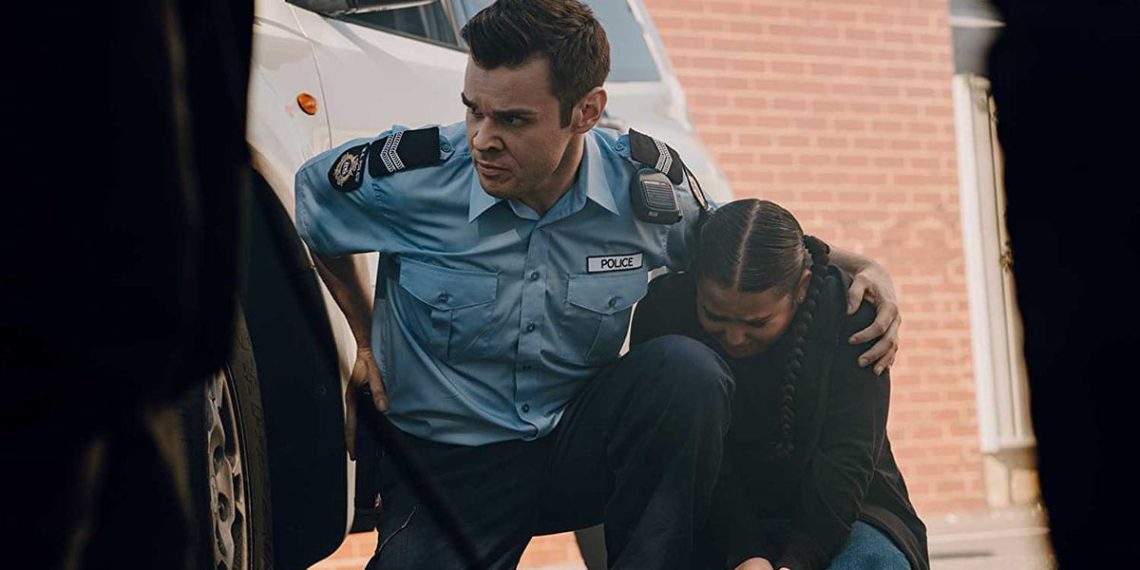 Kelly Bergsma’s Behind Closed Doors treats its protagonist, a cop suffering from PTSD like a raging wild animal who is meted out extreme treatment. In both cases, neither is given proper attention. As a result, the film feels half-assed and a mess in its very ideation.

Leighton (played by Jason Verner) carries with him the trauma of a mass shooting that he was present at. The smallest triggers set him off and he is constantly haunted by the memories of the event, sometimes even losing his present. His partner and sister-in-law, Sarah (Nicole Crisp), is aware that the higher-ups want him to take time off at the least. She carries the paperwork around with her but is unsure about letting Leighton know, much less hand them to him. After another mishap involving a civilian, Sarah makes up her mind and gets in touch with Leighton’s wife, Jill (Chantelle Naude). There is a dynamic at play between Sarah and Jill about breaking the news to Leighton that portrays him as a villain, rather than someone who is simply in need of help. The screenplay allows Leighton to fill that role too, when, upon being triggered while Jill tries to talk to him about the papers, he punches her and blacks out. Soon, he’s out in the woods with the intent of burying Jill. The rest of the film expands on its lazy idea, concluding in rather bad taste.

What perhaps redeems the terrible plot is that it is hard to take it seriously when the leading performance is far from believable. Verner is rarely in character and it results in a gimmicky act. He growls and grimaces, but none of it comes from a place of conviction, and it shows. Crisp fares slightly better; she is decent in almost all her scenes except in the climax. DP John Marcel Rousselet deserves praise for lending the plot its feeling of immediacy and tension, without which there was little here that lent Behind Closed Doors any grace.

Bergsma misses the mark by a wide shot, for even though the film is likeable by its technical aspects, Behind Closed Doors’ story is barely passable, holding up the same terrible ideas that keep treatable problems firmly under the carpet and behind closed doors.