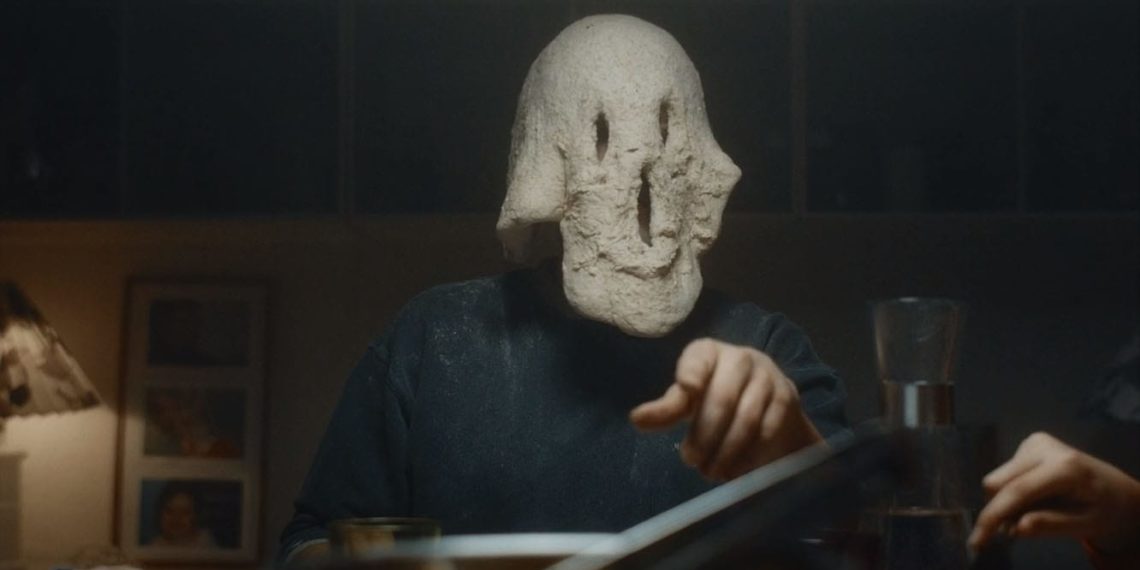 Self-worth. Kristian Håskjold’s Oscar-qualifying short A Worthy Man (written by Marianne Lentz) hinges itself on that one word that can damn a mind to crippling anxiety and/or depression with cruel ease. In the film, Erik, played by Troels Lyby, finds himself and his sense of self wobbling under the nagging feeling that perhaps he does not matter to his family or to the world after all. Because the film dares to be so utterly vulnerable, by being not explosive, but quietly coming undone, that it has any power at all. It is in fact, a thoroughly affecting film, and if one lets it, can burrow deep into the viewer’s psyche for days afterwards.

Erik is a baker and an aspiring comic. His aspirations, however, do not aim for the stars. No, all he wants is to go on a radio show, Night-Goof, and be titled ‘Joker of The Week’. His is a quiet world, and as far as he can see, no one sees him. He spends his time in his clangingly empty workshop; his children, growing up as they are, do not have time for him, and neither does his wife (Marina Bouras as Hanne). He is often on the phone, trying to go on the show and it almost happens one night, until he is the second person in line and the show wraps up for the night. Although things improve, other things deteriorate. Enough so that it sends him spiraling. The scene is impactful: Erik starts hearing things on the radio– people’s testimony that he does not matter. It escalates until Erik, who had impassively taken it so far, hurls it. Lyby delivers beautifully here. From there on, it does not escalate necessarily but spins itself into a scenario where Lyby, Bouras and Håskjold break your heart with the most precise strikes. Cinematographer Rasmus Hasle Jørgensen himself lends the scene (and the rest of the film) an immeasurable power. Depression or even simple vulnerability has rarely been portrayed with such honesty or infused with such pain.

We see the world in the film as Erik sees it, so when Hanne is cold, she’s really cold. If their children don’t love him, they secretly laugh behind his back. If the world hates him, they will congregate to collectively spout bile about him. So when Hanne comes to his aid, we also see the gratitude from his perspective and it is a profound moment.

A Worthy Man is a worthy film. One that without a doubt will bring some measure of comfort or relief or even understanding for those that suffer as Erik suffers, without understanding the why or what of it. And for this, it is a cathartic experience.