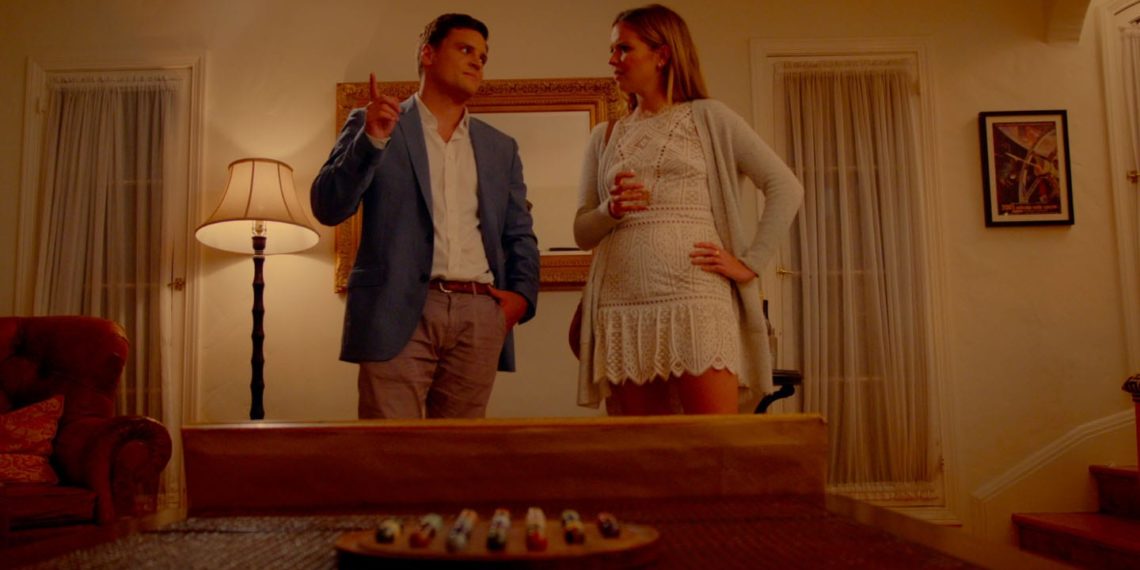 A fast, jazzy score and a delightful leading character (among other things from a list of impressive elements), Sam Fichtner’s Thick as Thieves comes with the perfect balance of ingredients that keeps this comedy about a pair of thieves sparklingly fresh. It employs sitcom humour and focuses more on the humorousness of the story than the romance, and yet the sequence of events ultimately leads to a snickering, happy ending. A good day for everyone.

Now, down to the story. Gary (Luke Lenza) and Rose (Revell Carpenter) are headed to his friends’ posh apartment for their first dinner as a couple after three months of dating. She’s apprehensive, he’s reassuring, regular people doing regular things.

Until she’s in the building and scoffs at the poor security system in such a high-rise place. And until she starts picking and pocketing small, pocketable— presumably valuable —objects. Soon, she’s made her way into the safe in the bedroom. Gary comes to find her, discombobulated at her strange turn but despite his protests, he’s mostly supportive. Dinner over, they head back. Now the real circus unpacks itself, and (we’re not going to comment on whether or not it is predictable) it is ridiculous and funny.

Louis Weeks’ score really helps keep things tight. With the editing, Thick as Thieves’ pacing is excellent. Carpenter is an absolute delight to watch; she is never not Rose— never not nonchalant and smooth, a wide grin on her face as she picks up the latest item that has caught her interest. Truly, and fittingly, half the film’s intent holds up because Carpenter is coolly wild. Lenza has his fun in the latter part of the film and complements Carpenter’s performance. Fichtner’s screenplay is not the strongest but lucky for him, everything else comes together really well to make it work like a charm.