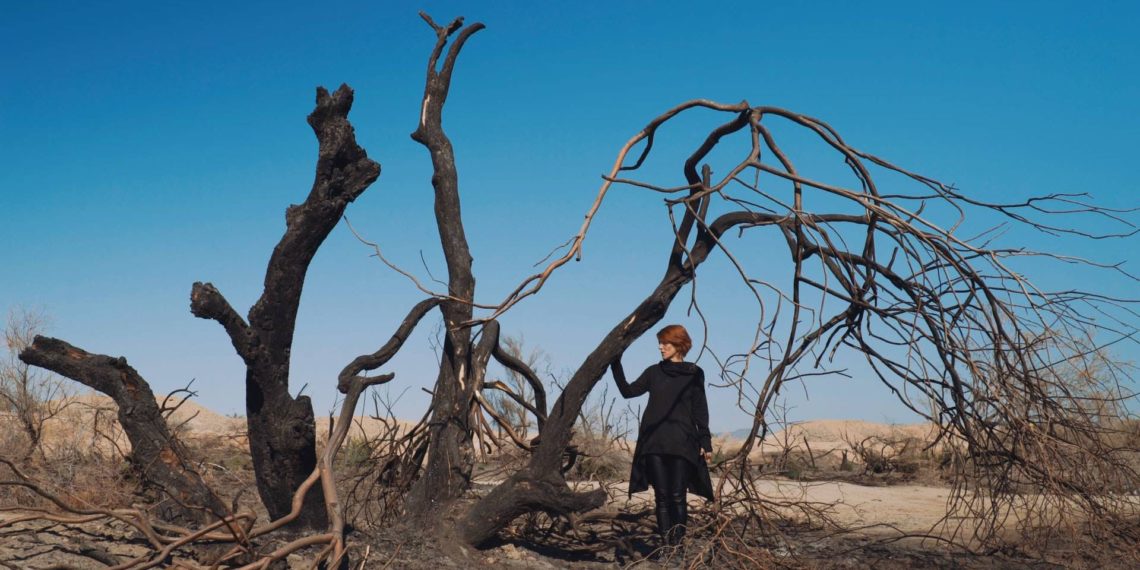 Anna Carvalho’s Death Is The Place On Earth (DITPOE) ponders on the nature of humanity through the metaphor of an exiled goddess, cursed to roam the earth as an immortal.

It’s an ambitious project to be sure, and certainly contains some stunning frames, but the film does not ultimately come together cohesively.

Writer-director Carvalho, who also stars as Ivy in this 15-minute short drama, the cursed immortal, turns in a decent performance. Sue Shaheen as the woman demon who has shadowed Ivy through the long years, however, visibly sticks out from her character. There are far too many instances where the actor’s effort to stay in character shows through. In Ivy’s long struggle to find peace and maybe even absolution, her demon shadow has not left her side, keeping her in chains and tormenting her at every turn. There is a strange homoeroticism thrown in as well, as a metaphor for the temptations that Ivy— as a human— faces every day. And with all the apples littered everywhere in one particular shot, she isn’t very subtle about it.

Through the film, Carvalho holds up the redeeming qualities of humanity, although there is a very obvious self-congratulatory flavour in the way it talks about humans as a race. DP Matthew Oquendo’s work does not have a unifying tone, instead, it feels rather unmotivated. Thus, while some shots are incredible, others don’t quite match, while yet other beautiful ones do little to elevate the impact of the script.

When Ivy finally does find release from her binds, it is bittersweet, and although the execution of it is rather clumsy, its ideation is noteworthy. In the end, Ivy chooses life as is, with all its imperfections and horror — as well as the humans around her.

#ShortFilmReview: 'Death Is The Place On Earth': Immortality is rarely a blessing, ask the immortals. Click To Tweet

Watch Death Is The Place On Earth Short Film Trailer