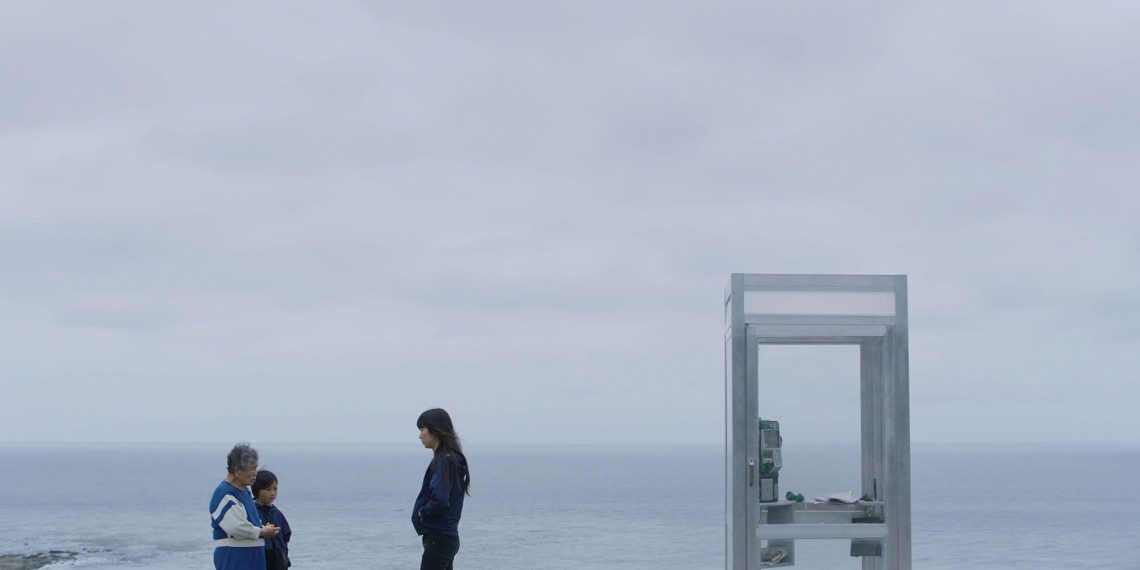 In Otsuchi, there is a glass-panelled phone booth on a hilltop garden with a disconnected phone within, meant to connect people with their dead. After an earthquake, a tsunami and a nuclear meltdown hit Japan, thousands found their way to this kaze no denwa, seeking solace for their cruelly uprooted lives. By speaking into a phone, one could believe their dead brother, mother, wife or friend was listening on the other side – a more gentle process of saying goodbye than what they had been handed.

Kristen Gerweck’s 16-minute The Wind Phone bases itself on this curious farewell station, set by the oceanside instead of the original garden, and all the more striking for it. On the face of it, there isn’t much of a plot. The camera waits by the booth for almost a day, quietly observing people pass through the many stages of grief. If one, living in the past, leaves a warning of the disaster, another comes with news of having kept an old promise to his dead wife. Cinematographer Jon Keng creates a spellbinding visual experience; there is no scene or frame in this film that is not acutely emotive, and everything is a shade of blue. The water is a cold blue, the sky is many shades of blue, swirling around each other. And the people, each wearing a shade of blue. The rawer their grief, the darker the blue on them.

Of the many striking performances, perhaps none hits harder than Miho Ando’s turn as a bereaved woman, mourning her dead partner, who she knew was cheating on her while alive. Anger and loss mingle with each other almost explosively in her wringing performance.

Gerweck must be lauded for the impact The Wind Phone has on a viewer. You will barely have come to grips with the sheer power of the visuals before the story turns up for a fresh kick to the gut. The true story behind the film and Gerweck’s interpretation of it are both cathartic, regardless of the variable subjective experiences of viewers, and therein lies its merit and power.

Bone: A Tell-All With A Drug Runner Dog

Hickey: An Unnecessarily Long Entry In A Vampire's Diary