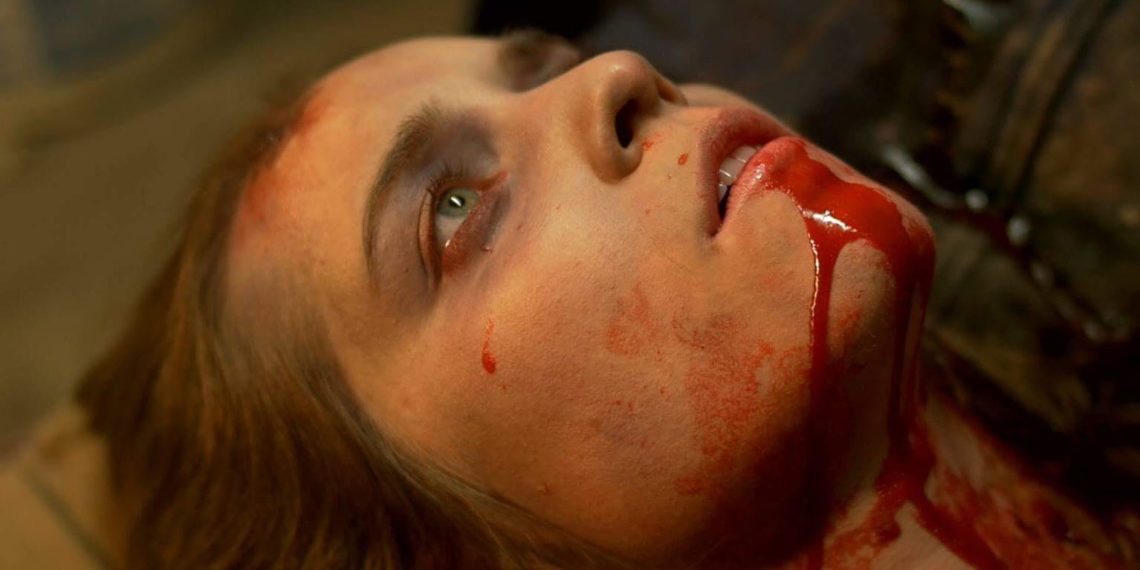 Hickey is a supernatural drama accompanied with the gore fest, heavy on audio strings yet easy on its trajectory. Bagging the spot for Best Director in Horror Hotel Award & June Award, Kyle Kleege presents this short in 18:27 minutes.

Kleege gives the cue to the sombre, perturbing reality of a man turned vampire right in the beginning: dripping blood and a discomfited man cleaning up a neck wound. This is how the plot establishes itself with the permutation of high-angle camera and close-up to medium close-up shots. Soon turned vampire, this man (Played by Ben Amendolar) preys on humans to consume their blood. Unsurprisingly, he does away with ethics and morals.  Along the way, he turns a female co-worker into a vampire, later going on hunts together.

Kleege, who also dons the hat of the writer, leaves the short in dearth of finesse. The storyline is overly long and drawn out. He narrates his story without dialogues; DoP Lakota Ruby-Eck (also known for his cinematography in The Silver Star) renders scenes in different tones of lighting. His usage of red and blue coloured lighting designed to uplift the dramatic quotient demarcates one scene from another, but shots run on much longer than necessary, worsening the film’s lack of tonal focus.

The trio of music composers Stephen Hitt, Zach Hitt and Peter Schrom has delivered a score which ranges from pop to opera, which are more often than not in tonal disagreement, both with each other and with the visuals.

Ruby-Eck’s cinematography varies from a slightly experimental nature to merely bland. He kept his protagonist central to the theme throughout the narration. Here, a shallow depth of field serves the purpose. He uses this technique quite often in the story-telling. But, particularly, it stands out where the undead man follows his prey, a woman (Charity Buckbee). The legs leading towards the lady were kept in sharp focus, blurring the rest in the frame. Choreography of this scene is by some degrees more effective than most of the film. The built-up tension soon gives away as Kleege had no captivating suspense to offer the audience. The movie starts to drive on a slow-paced and repetitive track from here on.

The performances, however, deserve credit, for they made the most of their characters and sincerely delivered according to the demands of the script (special mention for end scene). Hickey is a story you have seen play out more than once, often better than in this instance. If anything gives it merit, it is the grit of its actors.