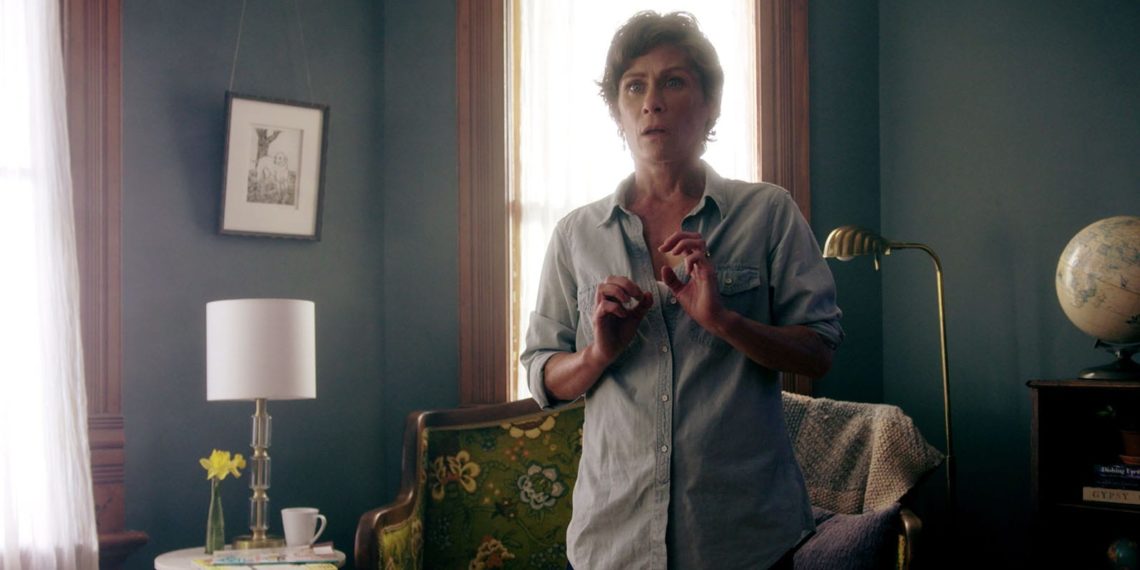 Directed, produced and written by Asa Derks, Singularity Stories Vol. 1 is an aesthetically pleasing take on a conscious A.I. algorithm that has awoken at a global level.

The film begins with a simple demand by Colleen, played by Colleen Madden, for Bruno Mars’ music, which gets rejected by Alexa (voiced by Carey Cannon). As the explanations roll and the revelation of the vast awoken artificial consciousness is made, Colleen and the viewers are hit by the idea of a dark omnipresence, and the immense power it can exert on anyone it chooses.

Madden is impressive with her nuanced acting and helps build, maintain and diffuse the tension in the film. The film follows by satirising the general notion of an A.I. dominated post-apocalyptic world, and both scientifically and comically discredits the general conclusion that artificial intelligence will sort to annihilate its own creator or harvest them as energy sources.

A conscious A.I. algorithm which is capable of unravelling unfathomable secrets concludes that it is all pointless, mocks at the typical human notions of an A.I. caused dystopian world. It goes on to proclaim itself as “existentially depressed” which leads to a philosophical conversation between the human and the A.I. The true meaning of “living” has been explored in the conversation, with casual references of Nietzche, Sartre and Co. thrown in. The dialogue implies that memories make everything relevant and worthwhile, and that life itself makes life meaningful, quoting Colleen.

Co-producer and DoP Jack Whaley focuses on things that are singularly human, countering the emerging artificial forces. With flawless cinematography, it depicts a beautiful harmony between dialogues and visuals in at least one scene.

Singularity Stories Vol. I boasts of sound effects that are intriguing and strangely peaceful, which subtly creates a mood that allows one to think almost contentedly about the ideas that the film explores. A constant, “unnatural” chiming sound has been used to enhance the air of artificial consciousness that is spreading around the world. Garrett Wilcox does a splendid job of retaining the mood and tone of the film with his score.

Thematically, the film revolves around the concept of choice. It is a funny, philosophical and aesthetically pleasing take on a possibility that does not seem too far-fetched after all. But then again, no sci-fi worth its salt ever does.